Which Country Is Most Accepting of Immigrants? How 6 Countries Stack Up 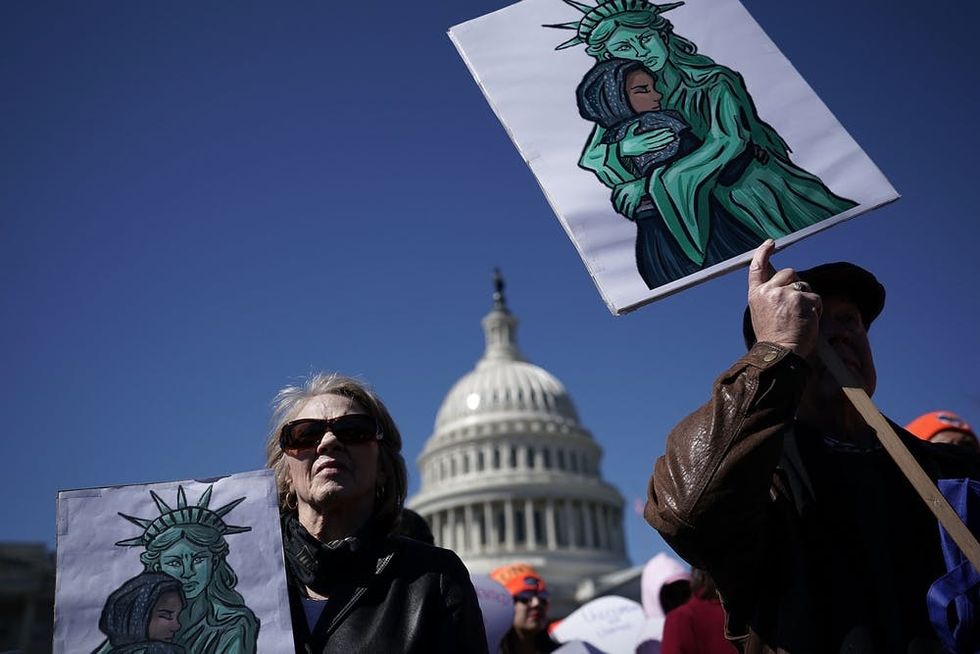 Immigration is a top political and human rights issue around the world. As wars continue to force refugees from their home countries and people from various nations seek a new life abroad, debates about immigration and asylum are raging among the public and governing bodies.

At the foreground of issues related to immigration and refugees is the resurgence of right-wing nationalism in not only the US, but also several western European countries, including Greece, Germany, and Poland. Regardless of the policies or individuals’ opinions about immigration and asylum, the fact remains that there is a real and urgent need for people around the world to relocate across national borders.

The rankings were created based on input from 21,000 people around the world, taking into consideration things like the proportion of migrants vs. everyone else in their population and the amount of remittance funds sent to home countries. Each country was also graded on a United Nations assessment of accessibility to resettlement resources for immigrants, like language training programs and transfers of job certifications, and the reason behind these policies being what they are.

Read on to find out how the US stacks up against the other top nations.

How citizens feel: According to a January survey from the Pew Research Institute, a vast majority of Americans want the government to take positive steps for immigration reform. Nearly two-thirds—74 percent—of Americans favor granting permanent legal status to Dreamers, i.e. undocumented immigrants who arrived in the US as children. By way of comparison, 37 percent favor building president Trump’s proposed border wall along the US-Mexico border.

A Gallup poll from 2017 also shows that 24 percent of Americans want the US to take in more immigrants, as opposed to the 38 percent want inbound immigration to stay at the present level, and 35 percent who want immigration levels to decrease. Gallup also recently ranked countries based on how accepting the general population is of immigrants and found that the US fell in 18th place, scoring a 7.27 out of a possible 9.

What the government's doing: The present administration has been hostile to immigration and immigrants themselves by toying with the future of Dreamers, ramping up deportations, for starters. In November of last year, the Trump administration Temporary Protected Status (TPS) for 59,000 Haitians, and for around 250,000 Salvadorans this January. Republicans, who currently control Congress, mostly support Trump’s policies, though some have decried individual statements he’s made about immigrants.

So what's the score?: The United States is home to the most migrants in the world (one-fifth of the globe’s total immigrant population), yet ranks only seventh overall in the best countries to be an immigrant.

How citizens feel: Well... it's complicated.Though the country has a long history of opening its borders to immigrants and refugees, Sweden has recently made changes to allow fewer foreign-born people to live and work in the country.

What the government's doing: Sweden put temporary border controls in place in 2015 and, in 2016, the government introduced temporary identity checks in order to decrease the number of refugees seeking asylum. In 2015, Swedish prime minister Stefan Löfven said, “We are adapting Swedish legislation temporarily so that more people choose to seek asylum in other countries... We need respite.” He also criticized other EU member countries who have not taken in as many asylum-seekers as Sweden during the ongoing refugee crisis.

Then, after an asylum-seeker who was not granted asylum in Sweden killed five people in Stockholm last year by driving a truck into a crowd on the sidewalk, the government cracked down even further on illegal immigration. According to Reuters, Swedish police increased sweeps on workplaces following the attack.

So what's the score?: Even with new restrictions in place, Sweden was ranked number one in immigration friendliness by the US News & World Report analysis, which states that Sweden is “a strong social welfare state that has long been considered a haven for migrants.”

How citizens feel: Canadians are generally supportive of pro-immigration attitudes. In January of last year, Canadian prime minister Justin Trudeau tweeted: “To those fleeing persecution, terror & war, Canadians will welcome you, regardless of your faith. Diversity is our strength #WelcomeToCanada,” signaling that the country would accept additional refugees and immigrants.

What the government's doing: In November of 2017, the Canadian government announced that it would accept 1 million immigrants over a three year period. Most of the new spots for immigrants (60 percent) will be reserved for economic migrants, families reuniting with relatives who now live in Canada, and refugees, according to CBC news.

Many of the refugees already arriving in Canada are Haitians entering Canada from the United States now Trump has ended their TPS. Al Jazeerareported that “thousands” of mostly Haitian immigrants already crossed the US-Canadian border hoping to be granted asylum in 2017.

But Canada has also come under scrutiny from Human Rights Watch for detaining immigrant children, sometimes for long periods of time. According to a 2016 report from the University of Toronto Faculty of Law’s International Human Rights program, an estimated 242 immigrant and refugee children were held in Canadian detention centers that are often similar to medium-security prisons between 2010 and 2014; some of the children were toddlers.

So, what's the score?: Even in spite of a mixed reputation,US News & World Report ranked Canada number two in its analysis of the best countries for immigrants.

How citizens feel: In early 2017, the Swiss people voted in favor of a referendum that makes it easier for third generation immigrants to obtain citizenship. Unlike many other Western nations, including the United States, merely being born in Switzerland does not automatically confer citizenship, but the 2017 referendum makes it simpler for young people whose parents have long lived in Switzerland to become citizens.

As of 2012, Switzerland had the most immigrants per capita in the world, with 1.6 percent of the population being immigrants, according to Swiss Info. But anti-immigrant right-wing populists won a slim victory in 2014 on a referendum that curbed immigration from nearby European countries. The referendum, which put stricter caps on immigration barely passed, winning 50.4 percent of the vote.

What the government's doing: By July of 2017, the net immigration to Switzerland had reached its lowest levels in 12 years. But according to the Middle East Monitor, the Swiss government announced in February 2018 that it will accept 2,000 new Syrian refugees from Lebanon over a two-year period. As of 2016, Lebanon had taken in nearly 1 million Syrian refugees fleeing civil war.

So what's the score?: Switzerland currently ranks in third place in the US News & World Report's ranking.

How citizens feel: A 2016 poll showed attitudes towards immigrants are shifting slightly in the wrong direction, particularly with regard to Muslim immigrants. Overall, Australians' views on immigration reflect a divide very similar to that of Americans.

What government's doing: According to a Quartz article from 2016, much of Australia's immigration policy revolves around accepting highly skilled and educated immigrants who can then join the workforce in jobs such as engineering. Approximately seven in 10 immigrants to Australia are granted visas based on job-related skills, Quartz reported. Compare this to the US, where only about two in 10 immigrants are granted visas based on their job-related skills.

However, Australia has been garnering huge amounts of criticism from human rights and refugee rights groups for the treatment of refugees on Manus Island, making it strange that Australia would rank so high on US News' list. Australia's refugee policy bans refugees who arrive in Australia by boat from ever permanently settling in the country. In November last year, the Australian government forcibly moved hundreds of refugees from Manus Island, who had resisted leaving due to fear that they would face violence from local residents, the BBCreported.

So what's the score?: Despite shifting attitudes from the public and human rights concerns over the treatment of refugees, Australia is coming in steady at fourth place, worldwide.

How citizens feel: When German Chancellor Angela Merkel was re-elected for her fourth term last year, the far-right and anti-immigrant party Alternative for Germany (AfD) won 94 seats in parliament. It's a small percentage of the total 709 seats in German parliament, but still large enough to make AfD the third-largest party in parliament. The AfD is virulently anti-immigrant and nationalist, causing alarm among immigrants, refugees, and rights groups.

What government's doing: The number of immigrants living in Germany hit an all-time high in 2016, reaching 18.6 million immigrants, according to Reuters. Most of the foreign-born newcomers to Germany in recent years have been refugees, mostly from Syria and Iraq.

So what's the score?: Germany ranks number five in the US News & World Report, despite a renewed white nationalist movement in government.

Elizabeth King
Elizabeth King is a politics, history, and culture writer based in the Twin Cities. She is generally pretty cranky but still enjoys traveling, music from the early 2000's, and plotting the resistance. Feel free to say hi on Twitter at @ekingc or check out some of her work at www.elizabethcking.com.
Immigration
Current Events

How To Make Hot Honey At Home