Inside Amy Schumer Is NOT Over, According to the Star 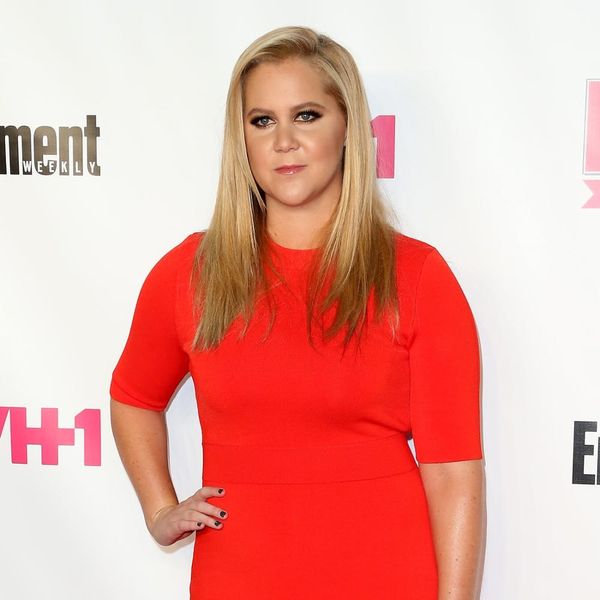 Amy Schumer is undeniably one of the funniest ladies of our generation. From hijacking a stranger’s Tinder account to set it on fiyah (er, fire) to hilariously teaching us how to get off of an inflatable flamingo, she dominates the current world of comedy. But now, she’s embroiled in something way more serious. Rumors have been swirling for the past few days that Amy Schumer had fired one of her writers for making not-cool-at-all comments about rape, and she stayed strangely staying silent on the sitch — but not for long.

I didn't fire Kurt. He isn't a writer for my show because we aren't making the show anymore. There are no writers for it.

“I didn’t fire Kurt,” Amy started, referring to ex-staff writer Kurt Metzger, the man who made the fire-storm-sparking comments defending comedian Aaron Glaser after he was accused of sexual assault. Amy explained, “He isn’t a writer for my show because we aren’t making the show anymore. There are no writers for it.”

Fans were quick to voice their shock and super-bummed state. “Wait, no more show??? I thought it was renewed for Season 5?” and “So that last episode was your series finale? Ooof,” along with sentiments like “You’re the best, and we’ll miss your show,” and “Sorry to hear that the show is ended. I think it was one of the best things on TV. Whatever the reasons, good luck.”

But just a day later, Amy has taken to Twitter again to clarify.

#InsideAmySchumer is not cancelled. @ComedyCentral has provided us with a wonderful home and we couldn't be happier there. I am just touring

Doing Standup and focusing on writing more for the next year at least. We are slated for a season 5 but not in the foreseeable future.

I'm grateful @ComedyCentral is giving me this time to work on other projects. Now please grab my book #TheGirlWithTheLowerBackTattoo for now

Ooooh! So the show isn’t over, it’s just on hiatus while Amy works on new (and surely totally awesome) projects. *phew*

Are you relieved to find out that Inside Amy Schumer isn’t cancelled? Tweet us @BritandCo!