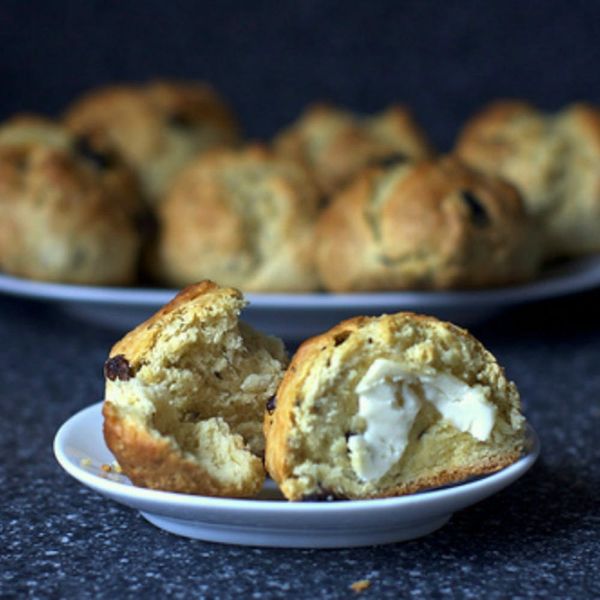 Who knew there was so much debate about Irish Soda Bread! It appears that everyone has a favorite variation on the recipe. Some swear it must have caraway seeds. Others leave them out. Some add raisins. Other’s add dried cherries. Some have both; others have neither. But we can all agree that the five ingredients you must have on hand are flour, baking soda, salt, and buttermilk. Yup, buttermilk. The acid in the buttermilk reacting with the baking soda is what’s going to make the bread rise. Everything else is up for grabs when you’re planning your St. Patrick’s Day goodies.

But is Irish Soda Bread even an Irish tradition? Let’s face it, St. Patrick’s Day is an American cultural holiday. While the “holy day” commemorating St. Patrick is observed in Ireland, the “holiday” celebrating Irish-American heritage is of course a uniquely American festivity. Those folks who eschew the caraway seeds and raisins are very likely hankering after the kind of traditional Irish brown bread that we included in our roundup 19 Irish Food, Drinks & Traditions (Minus the Corned Beef). There we debunk the corned-beef-and-cabbage myth for you. Much like it, soda bread is very likely an Irish-Americanization of a beloved dish from the old country.

Over at Smitten Kitchen, Deb is dispensing with both traditions and non-traditions alike, and making her Irish soda bread scones just the way she wants them, with “a craggy crust and a warm, plush interior”. We like the way she has broken up her dough and baked them as individual breads or scones. Her version does have what she calls the “curiously addictive raisin-caraway combo”. They sound delicious!

Got a favorite version of Irish soda bread? Tag us on Instagram @britandco.

From Your Site Articles
Sally Jones
Sally Jones is a writer and editor living in New York City. She has worked at many websites including iVillage, Ladies Home Journal, More, Parenting, Cosmopolitan, The Knot and YourTango, in jobs ranging from editor to COO. Renovation and interior design are her unhealthy obsessions hobbies. She has renovated every home she's lived in, including the rentals, and like... whoa, who does that? You can catch her at her blog Renov8or.
Home News