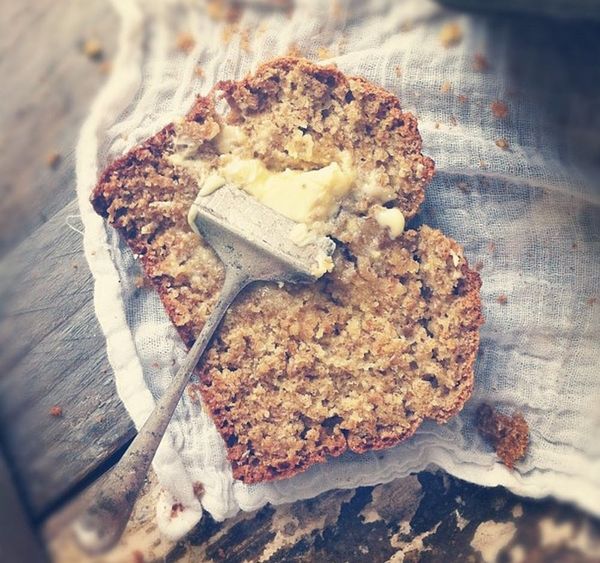 Fun Irish fact: Corned beef and cabbage is not a traditional meal back in the old country. It’s actually an American thing, started by Irish immigrants who were yearning for the true dish, bacon and cabbage, but couldn’t afford the thick-cut, ham-style meat in America. We know, this totally upends pretty much everyone’s St. Patrick’s Day meal. Fear not, because there’s another myth we want to debunk: Irish food gets a bad rap for being bland, but these days it’s anything but. Check out these tasty bites and beverages from Irish homes and pubs that take “meat and potatoes” to a whole new level, plus a few tips on how to celebrate Paddy’s Day the Irish way. Sláinte!

1. Bacon and Cabbage: Irish bacon is very different from American bacon. It’s sort of like Canadian bacon, and it might be a tricky cut to find, but it makes for a salty and satisfying meal. (via Martha Stewart)

2. Lamb Chops With Parsley and Mint Sauce: The mint sauce is what really sets this dinner apart from lamb you might have at home. It’s a classic served for Sunday roasts around the country. (via Rachel Allen/FOX News)

3. Beef and Guinness Pie: Fight off the brutal winter chill with this hearty, warming dish that’s packed full of veggies, beef shoulder and a pint of the black stuff. (via Donal Skehan)

4. Goose Fat Potatoes: One Irish tradition we did get right in America is the abundance of potatoes. There are so many ways to cook them, but for a truly special meal, skip the mash and make these rich, crispy roasties. (via Donal Skehan)

5. Irish Brown Bread: Every cafe, inn and restaurant in Ireland will serve up some brown bread with your soup, and with good reason. It’s crumbly, moist and ready for a big pad of butter. (via Farmette)

6. Irish Smoked Salmon Canapes: Brown bread also makes an excellent vessel for smoked salmon, which is commonly served as an appetizer at Irish dinner parties. It’s super simple to prepare too. (via The Framed Table)

7. Full Irish Breakfast: You are indeed staring at a full Irish breakfast: eggs, sausages, rashers, black pudding, mushrooms, tomatoes and toast. This is definitely not an everyday kind of meal, but whip it up on March 18 and your Paddy’s Day hangover will thank you kindly. (via Rachel Allen/Buzzfeed)

8. Blackberry & Apple Tart: Fruit and berry tarts are very common desserts, though we like the twist this recipe puts on an old favorite by adding sweet geranium leaves. (via Farmette)

9. Irish Breakfast Tea: “Ah you’ll have a cup sure, go on…” There’s no turning down a cup of tea in Ireland, so you definitely shouldn’t on St. Patrick’s Day. We located the beloved Barry’s brand in World Market, along with teatime faves like Chocolate Kimberley’s and Jammie Dodgers. (via Fats and Bird)

10. Irish Beers: Guinness is the country’s most famous beer, but have you heard of other stouts like Murphy’s and Beamish, or red ales like Smithwick’s (that’s SMITH-icks) and Kilkenny? You don’t have to cross the Atlantic to taste them — search BeerMenus.com to see which local bars are serving these hard-to-find brews. (via Waxy’s Irish Pub)

11. Black & Black Cocktail: Some folks like to sweeten up their stout, so a common solution in Ireland is to add black currant liqueur (AKA cassis). Some call it a Lady Guinness, but we say to each their own :) (via The Glitter Guide)

13. Baby Guinness: If you’re just not a fan of Guinness in any form, you can fool everyone around you with this fancy shot. There’s no stout in it, just Kahlua and Bailey’s. (via Creative Culinary)

14. Irish Whiskey Tastings: What about a whiskey tasting for your St. Patrick’s Day party? Serve up some Jameson, Bushmills and Redbreast in your Etched Glass Whiskey Tumblers. (via Doheny & Nesbitt’s)

15. Hot Whiskey: Feeling under the weather? You need a cure, and we don’t mean chicken soup. Hot whiskey is Ireland’s magical cure-all that could save your St. Patrick’s Day celebration from being spoiled. Sip on some mixed with hot water, honey, lemon and cloves, and you’ll be right as rain the next day. (via Half Her Size)

16. Jameson Barreled Mule: For a refreshing cocktail that doesn’t rely on Midori or crème de menthe to turn green, we like this whiskey spin on the Moscow Mule topped with a big lime wedge. (via Las Vegas Magazine)

17. Buying Rounds: If you’re going out with friends, make the night a little interesting by buying each other rounds. Sound simple? Well, just see if you can get your head around the art of Irish pub etiquette. (via Cave Man Circus)

18. Having the Craic: We know your party-loving selves are all over this tradition, even if you’re not sure what it means. Craic (pronounced crack) is just good old fashioned fun. Best friends + a good bar + killer music = having the craic. (via Irish American Mom)

19. Saying Cheers: Attention, this is a biggie! Mind your manners and make sure to say cheers before your drinks. In Irish, that’s “sláinte” (SLAWN-chuh). Not only is it considered rude to just gulp down your pint without waiting for your friends, but in Europe it’s also considered seven years of bad sex if you break eye contact as your clink your glasses — and we don’t want any of that ;) (via the Guinness Storehouse)

Have you had any of these Irish meals or cocktails before? What are your St. Patrick’s Day traditions? Share your favorites in the comments!

From Your Site Articles
Molly Griffin
Molly is a writer and editor from Boston who loves traveling, eating and occasionally being a little too candid. She lived in Dublin, Ireland for the last four years but recently moved to San Francisco to escape the rain. Now, she’s on the lookout for a good proper pub.
St Patricks Day
Party
St Patricks Day
More From Party