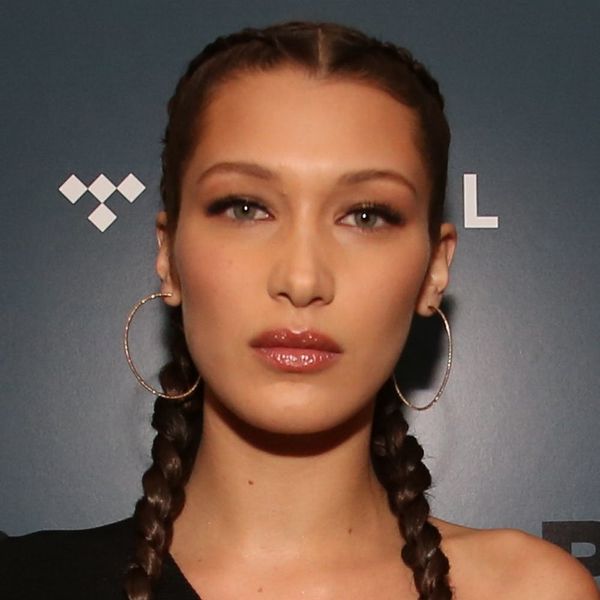 Bella Hadid Is NOT having a good “Weeknd.” Though she has split from her beau of nearly two years, Abel Tesfaye (better know to fans as The Weeknd), she is seemingly none too happy about his new fling with Selena Gomez, making subtle moves to unfollow her page and posting a revenge bikini pic to her own.

There was absolutely nothing subtle about her latest post, however, which told the world loud and clear what she *really* thinks of the situation.

While you could write this off as a cheeky coincidence, the earlier, now deleted version of this photo (which included the caption, “Mood,”) makes that pretty unlikely. Not to mention the fact that Bella reportedly still has feelings for her ex.

An anonymous source confirmed that fact to E!, saying, “She is actually not over The Weeknd. She still loves him.”

Pair that with his moving on in a very public way, and you’ve got a recipe for total heartbreak. “[Bella and The Weeknd] are on fine terms, but she is bitter about the romance with Selena,” the source said. “She was not happy when the gossip went everywhere… It really hurt her seeing Selena be all up on her man. She still feels like they have a connection.” (We can’t imagine why… did you SEE the longing glances they had for one another at the Victoria’s Secret fashion show?)

Unfortunately for our girl, The Weeknd doesn’t seem to be pining away for his ex — at all. A separate source told the outlet that “[The Weeknd] has always had a thing for Selena. He thinks she is extremely talented and sexy. They recently starting talking before the holidays, but she has been on his radar before.”

Yikes. We’re sure Bella’s heart is hurting — literally — but she did just win the Model of the Year Award for 2016 (girl has been crushing it, along with Kendall Jenner), so we’ve got a sneaking suspicion her 2017 won’t be TOO sad or lonely and that she’ll keep on keepin on.

Are you Team Bella or Team Selena? Tell us over @BritandCo.