Bella Hadid Finally Opens Up About Her Breakup With The Weeknd 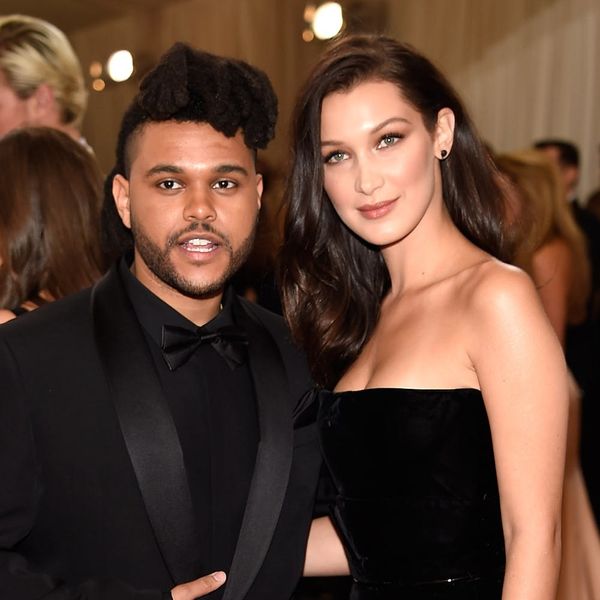 The Bella Hadid, The Weeknd and Selena Gomez love-triangle hasn’t been easy to watch for hardcore romantics (despite the juicy nature of the sitch), and though it initially seemed like Bella was taking the whole thing in stride and having no problem moving on, she’s finally opened up about her breakup with The Weeknd, and oof!

While Bella and The Weeknd’s breakup played out over social media, specifically because the two met onstage at the Victoria’s Secret fashion show and had an epic moment between them soon after they split, the consensus was: If you have to run into your ex, looking super hot in lingerie during one of the most sizzling events of the year is definitely how to do it.

Though the events might have lifted Bella’s spirits somewhat, and despite a jam-packed schedule to keep her busy, it turns out that she didn’t handle things as smoothly as we may have suspected.

Chatting with Teen Vogue, Bella revealed, “It was my first breakup… and so public. As an outsider, you might think I handled it so well, but it’s always in your heart, and you always feel it very heavily.” No doubt.

She added, “It’ll be hard for a while. Love hurts, but you have to pull through.” Indeed you do, and it looks like Bella is right on top of that.

How do you get over a breakup? Tweet us @BritandCo!

Desiree O
Desirée O is a ‘Professional Bohemian’ who loves anything and everything related to the arts, entertainment, and pop culture. She ADORES being a ‘Newsy’ for Brit + Co, covering all of the latest tidbits of awesomeness that you want to read about. When she’s not writing, she’s either making messy art, going on long adventurous walks with her camera, or poking around over at bohemianizm (http://www.bohemianizm.com/). You can find out about Desirée O and her work at http://DesireeO.com/ or follow her on Twitter @DesireeO.
Celebrity Breakups
Celebrity News
Celebrity Breakups