Jaime Camil on the Final Season of ‘Jane the Virgin,’ That Big Cliffhanger, and His ‘First Passion’ 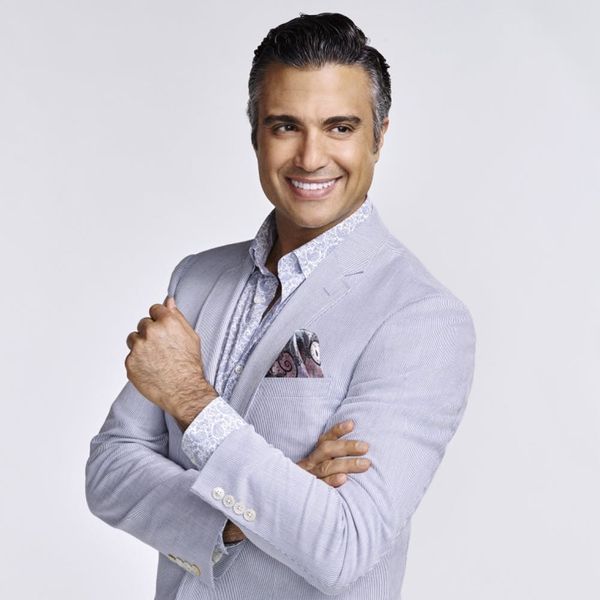 The 2018 fall TV season is kicking off in earnest this week, and while Jane the Virgin isn’t among the crop of shows premiering in the next couple of months — the CW is saving it for midseason — it’s still very much on our minds as we cue up our DVRs. The upcoming fifth season will be the series’ last, and after season 4’s *major* cliffhanger, it’s sure to be a big one. We caught up with Jaime Camil, who plays Jane’s father, Rogelio de la Vega, to get the scoop on that finale shocker, what’s ahead for the show, and how the cast feels going into these final episodes. (Spoilers from season 4 ahead.)

Brit + Co: We were so sad to hear that season 5 would be the final season of Jane the Virgin. How are you feeling about it?

Jaime Camil: We are super sad, of course! It has been a wonderful run. We are a beautiful family, and we love each other very, very, very much. I’ve heard horror stories from Hollywood about how stars or actors can’t stand each other, or how they hate each other, and fortunately, that is not the case on Jane the Virgin. We love each other, and we would like to celebrate the amazing run we’ve had instead of focusing on how sad it will be to finish such a wonderful show that has brought us so much satisfaction and so much happiness. I really think that Jennie Urman and her amazing team of writers broke a lot of boundaries when it comes to representing a Latino family. So there is a lot to celebrate, more than feel sad about.

B+C: Some of your costars posted on Instagram that Gina Rodriguez is directing the first episode, which is so exciting. What is she like as a director?

JC: Gina is very gifted, not only as an actress, but as a director. She’s a natural. She’s always giving her input, so she was an informal director, in a way. So when we had the talk that she wanted to direct — because I also direct — I told Gina, “Based on my experience, you should definitely go for it. You’re a natural, girl.” She’s so good, and watching her work on set, [you see] how clear she is and how thoughtful she is. When you are an actor and you start to direct, you also have way more empathy for the actors. You know exactly what they’re feeling and you know exactly how to ask what you need for the scene. Not every actor has that gift, but Gina has it. She’s an amazing director.

B+C: Season 4 ended on a pretty major reveal, with Michael’s return from the (presumed) dead. How did you react when you found out that was happening?

JC: I was really happy! Because as you know as a hardcore fan of the show, the real love story in the show is not Jane and Rafael, it’s Michael and Rogelio. [Laughs] But I’m sure you know this — we are not kept in Jennie Urman’s circle of trust. Like, we don’t know what’s going to happen on the show. We found out [about Michael] at the table read. When we were reading that season 4 finale, there was a page missing from the script. We were like, “What the hell? Is something missing?” So we looked at Jennie, and Jennie continued reading, and at that moment, Brett Dier walked into the room! So it’s super exciting for us as actors, because we are always surprised by our showrunner and her amazing team of writers. We don’t know what’s going to happen, honestly. So the same way the audience gets surprised, we get surprised as actors. So that’s pretty cool.

B+C: Without giving too much away, can you tell us anything about what’s going to happen in season 5?

JC: I have no idea! It’s not that I don’t want to share, I just don’t know. We honestly don’t know what’s going to happen.

B+C: What would you like to see happen? Where do you want Rogelio to end up at the close of the series?

JC: Wherever Jennie and her writers want to take him. I am in good hands. They write a beautiful, well-balanced character. Rogelio is super funny, but he can also touch your heart. You know, Rogelio could go very wrong on paper, but the fact that they write him so well and they write him so balanced, that’s a gift. I’m very grateful. I think I have a great character on my hands, and I wouldn’t dare mess it up, because Jennie and her writers are doing an amazing job with Rogelio, and I don’t even want to give my opinion.

JC: I think I love him because he loves his family. His family comes first, always, and that’s pretty much how I live my life. I have a beautiful wife, I have two beautiful kids — a six-year-old daughter and a three-year-old son — so when it comes to family devotion or family love, I think I’m pretty similar to Rogelio. But obviously I’m not that extravagant — or so I would like to think. But we both love our families so much, and our families are our number-one priority.

B+C: Jane the Virgin has had some pretty incredible guest stars over the years, and we hear there are more to come. Who’s your dream guest star? If you could pick anyone to appear on the show, who would it be?

JC: Oh, I don’t know! We’ve had pretty good ones. We’ve had Britney Spears, Bruno Mars, Kesha, Gloria Estefan — we have had so many. The list goes on and on and on. I’m a bigger fan of characters than actors, so if the character makes sense, if the guest star is willing to play with us and make fun of him or herself and not take it too seriously and just have fun and live within the universe of the show, I think that’s great. Whoever wants to come in and play with us would be more than welcome.

B+C: Last question, and we’re switching gears a little for this one. Most people know you from TV, but you’ve done a lot of theater, too. What do you like about acting onstage vs. acting on camera?

JC: That’s my first passion — musical theater. Doing live theater is so rewarding and it fills your soul with art and passion and love for the stage. I think that it really gives meaning to what I do. Not that I look down on television or film, of course. I love every single discipline of my career, but musical theater has a very special place in my heart, and it really fulfills me as a performer, as an actor.