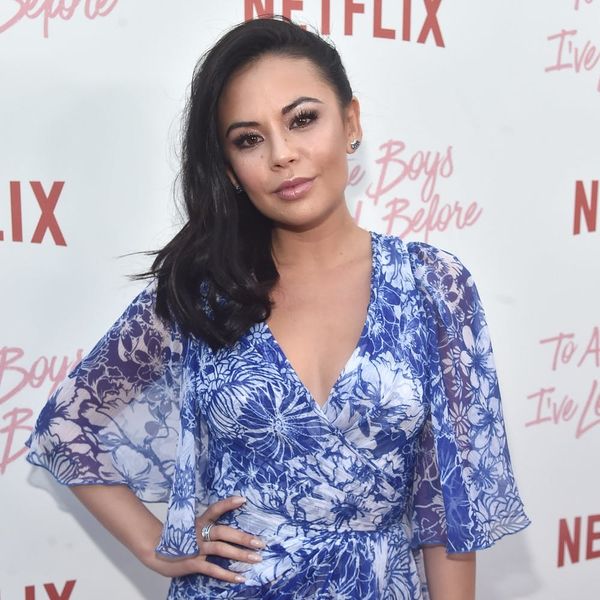 Pretty Little Liars star Janel Parrish is married! After announcing her engagement to chemical engineer Chris Long via Instagram last October, Parrish said “I do!” to her beau in a dreamy ceremony on Saturday, September 8 — in Hawaii!

Confirming the exciting news to Us Weekly, the To All the Boys I’ve Loved Before star gushed, “We feel so lucky we found each other in this crazy world. Marrying my dream man in my home of Hawaii surrounded by family and friends was a dream.”

According to Us Weekly, Parrish walked down the aisle in Waikane, Hawaii, wearing an Inbal Dror mermaid gown with a sweetheart neckline and a dramatic feather-covered train. The groom’s brother officiated the ceremony, which saw the couple exchanging self-written vows in front of family and friends, including Parrish’s sister (who took on maid-of-honor duties) and members of her Pretty Little Liars family (Brendan Robinson and I. Marlene King).

Following the stunning outdoor ceremony under a flower-covered archway, it was time for dinner, which came with even more picture-perfect views. Us Weekly reports that guests sat underneath a plastic canopy as they tucked into fish, bacon smoked macaroni and cheese, fried rice, Hawaiian sherbet, and buttercream cake.

I. Marlene King documented some of the breathtaking décor on Twitter, writing that she was “grateful to be included” and using the cheeky hashtag #JanelGoesLong.

Parrish, who will soon be back on the small screen in the highly anticipated PLL spinoff, Pretty Little Liars: The Perfectionists, celebrated the couple’s two-year anniversary just last week. Sharing a Boomerang of her man kissing her cheek as they enjoyed Jedediah Smith Redwood State Park on Monday, September 3, she gushed, “Two years with you and I still can’t get enough. Happy Anniversary, @c_long. Soon you’ll be my HUSBAND.”

Will you watch Janel in the PLL spinoff? Tell us @BritandCo!