Jennifer Lawrence Wants to Show Adele How America Does Thanksgiving 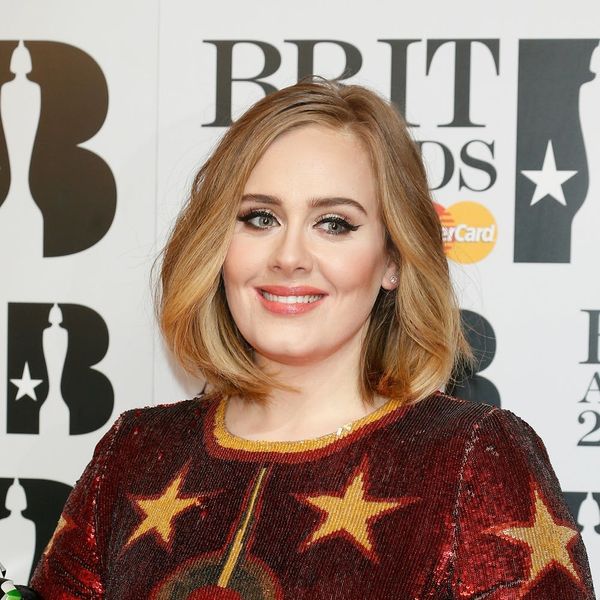 Though Adele is, no doubt, one of America’s biggest stars and now living on US soil (she purchased a home in Beverley Hills this summer), there’s no denying the fact that this songstress is most undeniably British, through and through — a fact that makes itself known from time to time (like when her English sense of humor has US audiences wholeheartedly believing that she actually really cares about Brangelina’s divorce).

With what has to be THE most American holiday there is coming up on Thanksgiving, Adele will be privy to her very first Turkey Day celebration, and her famous friends want to make sure she does it right.

There’s one friend, in particular, who has reportedly offered to do just that — BFF Jennifer Lawrence.

“Jen wants to show her the real family treat,” a source told the Mirror.

The celebration will reportedly be a rather convenient one, since the two now live just down the street from one another, although Jen is said to be flying in her family from Kentucky to “give it a proper family feel.”

Though Adele may be skipping the turkey (she’s a vegetarian, after all), she’s more than down to partake in the festivities — the source says that she “really wants to throw herself into American life now that she has a base here. Her plan [is] to get to grips with the Thanksgiving celebration which is a far bigger deal than Christmas in the states.”

That last point is debatable, but still — how exciting will this be? Just think of the selfies (have you seen this week’s best?) to come out of that dinner!

Welcome to America, Adele. We’ve got a feeling you’re in good hands.

Nicole Briese
Nicole is the weekend editor for Brit + Co who loves bringing you all the latest buzz. When she's not busy typing away into the wee hours, you can usually find her canoodling with her fur babies, rooting around in a bookstore, or rocking out at a concert of some sort (Guns N' Roses forever!). Check out all her latest musings and past work at nicolebjean.com.
Holiday Party
Celebrity News
Holiday Party
More From Celebrity News