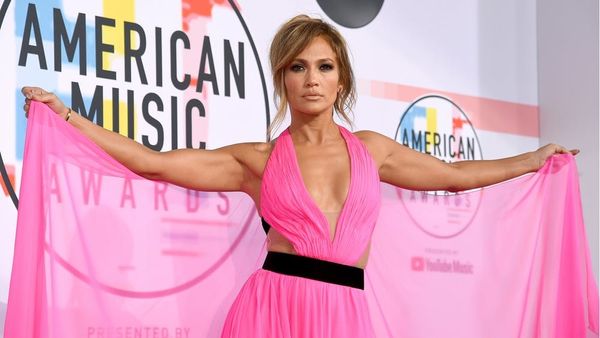 Jennifer Lopez is always inspiring us to motivate ourselves and defy expectations. And in the new video for her song “Limitless,” which dropped Tuesday, December 20, she enlisted her daughter Emme to prove once again how strong women can be even amid a storm.

“I told myself I had to be a different someone / In order to win at a war I had already won / Yeah, I’d given up on the saying ‘I’ll never give up’ / But look at me now / Yeah, look at me, I’m limitless,” Lopez sings on the track, which is featured in her upcoming movie Second Act, out Friday, December 21.

Lopez stars in the film as a woman who wants to move up in the world but is unable to get the jobs she wants without a college degree. Ultimately, she proves herself in other ways and shows that she’s willing to fight for what she wants — a message that’s reflected in the song “Limitless.”

“I am a woman who roars / Nobody opened my doors / Yeah, I am a woman saying I want more / So give me what I’m asking for,” she belts.

The accompanying video, which Lopez directed, features the singer and her daughter, 10-year-old Emme, as different versions of the same character. We see them both struggling to climb a daunting hill against gusts of wind that nearly force them back, singing and dancing in red power suits with a team of backup dancers, and then finally reaching the edge of a cliff and standing strong as a storm rages around them.

Speaking about the experience of working with her daughter in an interview on The Tonight Show Starring Jimmy Fallon earlier this month, Lopez had nothing but praise for Emme. “She was so amazing and I was so proud. I forgot that I was directing my first video, it was all about her,” she gushed. “It was all about her. And when you see the video, it’s so empowering, just to see her doing this but, like, for women. It talks about being limitless, it talks about having second acts, it’s a beautiful message as well, and great to share with her, doing that. We really bonded.”

What makes you feel limitless? Let us know @BritandCo!