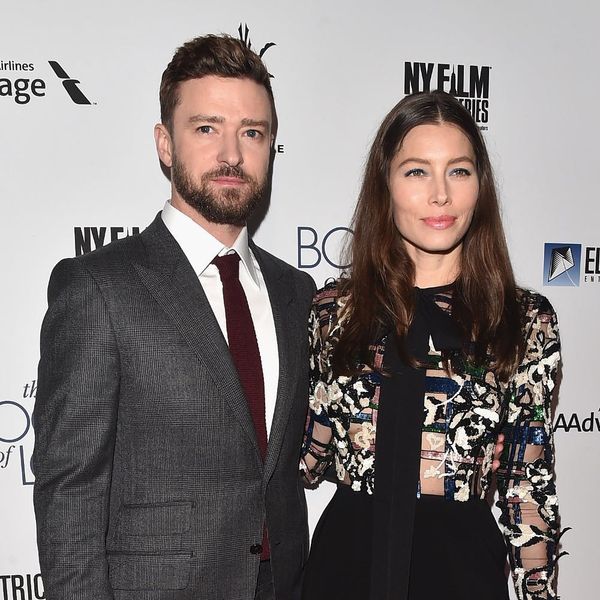 It’s not hard to imagine why being married to Justin Timberlake is a total dream, but according to Jessica Biel, it’s more than just raising an adorable child together, dressing up as a family of trolls, and eating weird things in the shower. In fact, there’s a very good reason why her relationship with one of the most famous men in the world works, and she just shared her secret to success.

Chatting about all aspects of her life, including her nearly five-year marriage (something she’s usually pretty private about), Biel revealed that it’s the similarities she shares with Timberlake that keep them together. “We have similar values; we believe in loyalty, honesty,” the 35-year-old actress told Marie Claire in the interview.

These 2 angels... The greatest gift I've ever known. And, the reason I won't EVER STOP! Happy Fathers Day to all the Dads out there! Hope you are enjoying! #Howearlyistooearlyforafathersdaybeer

But it’s not just their common beliefs that ensure a happy marriage. “We like to have fun. We like a lot of the same things,” she added.

And from the looks of their social media accounts, those things include spending time together as an absolutely adorable family, whether bundled up at the beach or holding hands while riding bikes side by side.

You make me laugh. You make me smile. You make me LOVE. You make me want to be BETTER. Speaking of, it doesn't get any BETTER than you... Now, I know for sure that it's BETTER to be lucky than good. Ask me who the luckiest guy in the world is and I will tell you that you are looking at him. Happy Birthday, my heart. --J

Of course, when you’re balancing a marriage with parenthood AND two very active careers, it isn’t always easy. “[In] the business, we’re all very career-oriented, and you have to be a little selfish. I understand that about my peers — about being focused and driven — and if you can find that and someone who shares the same values as you, it’s like: Score!” she told Marie Claire. Score, indeed!

Opposites may sometimes attract, but it looks like it’s the similarities that are the key to this particular couple’s marital success.

Are you a lot like your partner or are you total opposites? Let us know @BritandCo!