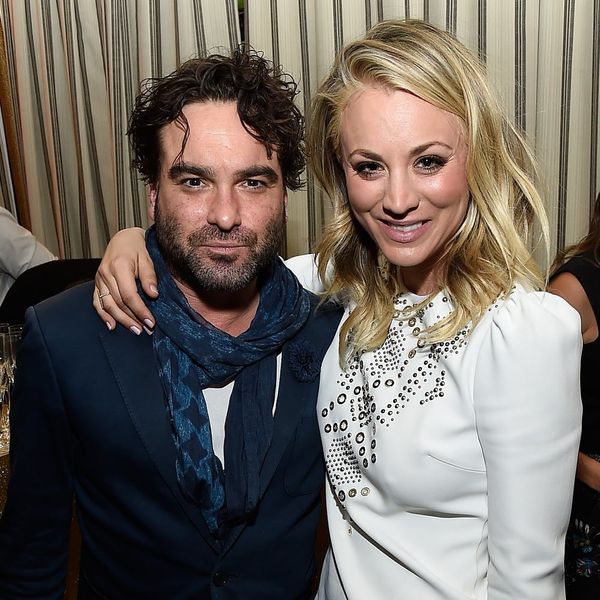 The Big Bang Theory cast is always there for each other. The day after Kaley Cuoco tied the knot with fiancé Karl Cook, Johnny Galecki took to social media to share a meaningful message for his longtime costar and on-screen wife.

“Couldn’t be happier for my fake wife @normancook and @mrtankcook whose words brought us all to tears last night,” Galecki wrote on Instagram. “So much love for you both.”

He shared the sweet sentiment along with a photo of himself and the new bride, stunning in her gorgeous lace Reem Acra gown, holding hands and smiling sweetly at each other.

Galecki previously shared a pic of himself posing with the bride and groom, saying he had been “so moved” by the ceremony — even if fans couldn’t help but point out that Cuoco and Cook had been hilariously cropped out of the photo.

Cuoco and Galecki have costarred as Penny and Leonard on CBS’ long-running hit The Big Bang Theory since 2007. Their characters eloped in season 9, and in real life, Cuoco and Galecki quietly dated off-screen for two years when they began filming the show. In a 2013 interview with CBS, Galecki said that they kept the relationship a secret so it didn’t “conflict with people’s acceptance of Leonard and Penny,” and that the breakup never affected their friendship. “Kaley’s not just an ex, she’s a part of my life,” he said at the time.

In December 2017, Cuoco shared the news of her engagement to professional equestrian Cook in an Instagram video showing her (excitedly!) sobbing uncontrollably. The happy couple started dating in spring 2016, just a few months after Cuoco split from her ex-husband Ryan Sweeting in late 2015.

What do you think of Johnny Galecki’s message to his TV wife? Let us know @BritandCo!