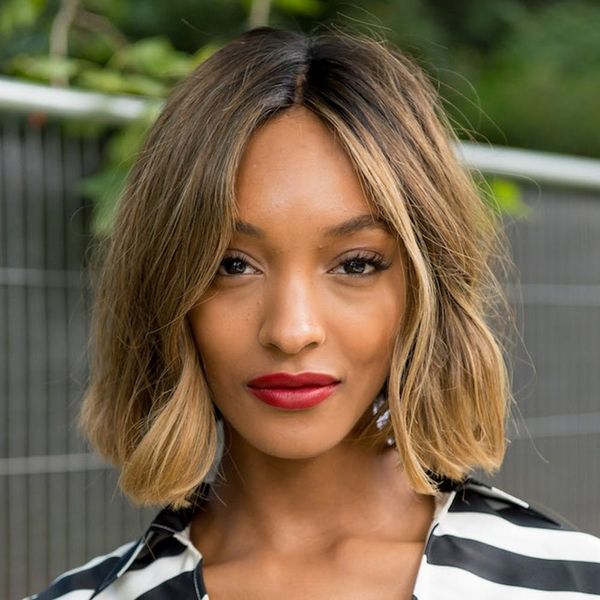 Jourdan Dunn doesn’t just rock the high fashion runways for the likes of Balmain, Diane von Furstenberg, and Jean Paul Gaultier; she’s walked in the Victoria Secret Fashion Show three times, starred alongside Beyoncé in Bey’s music video for “Yoncé,” and now, she wants to outfit your next workout.

The British model and mom teamed up with Missguided for the line she’s calling Lon Dunn (get it?), a 96-piece athleisure collection of mesh tops, bras with elastic trims, hooded bodysuits, and tracksuits galore.

👆🏾👆🏾Thank you @missguided for bringing my vision to life!! We are both on a mission to empower females globally to be confident in themselves and be who they want to be. It's about being bold, straight talking and forward thinking. The MissGuided Woman has so much in Common with the LonDunn Lady which is why I am so excited for this collaboration! I Cannot wait to see all my #LonDunnLadies Rock these looks!!! 🔥🔥💋💋 #londunnxmissguided

The 26-year-old teased the collab on Instagram last month, writing, “Thank you @missguided for bringing my vision to life!! We are both on a mission to empower females globally to be confident in themselves and be who they want to be. It’s about being bold, straight talking, and forward thinking. The Missguided Woman has so much in common with the Lon Dunn Lady, which is why I am so excited for this collaboration!”

In an interview with Women’s Wear Daily, Dunn explained why she went more sporty than posh, saying, “I chose athleisure because I want women to feel sexy and comfortable at the same time. Even what I’m wearing now; it’s loose and cozy but still has those feminine elements with the slits.” Her hope is that her pieces will transition seamlessly from day to night, to be “worn with both sneakers for the day or heels [at night], for a more dressed-up evening look.”

Dunn gave us a sneak peak at the goods, and from the looks of things, Ivy Park is about to have some stiff competition.

She’s far from done with the line too. “Right after this launch we’re going to go into our next meeting and come out with more ideas,” she told WWD. “I really do see the Lon Dunn brand growing with Missguided.”

Lon Dunn x Missguided will be available on Missguided’s website on March 11.

Channing Hargrove
Channing Hargrove is a freelance fashion editor and writer in New York City. When she isn’t writing about clothing (or shopping, for research, of course), Channing is writing about life in a tiny studio apartment in a big city — and what she’s wearing — on her blog, Channing in the City.
Athleisure
Style News
Athleisure Fashion Collaboration
More From Style News