NY Elections Hint at the Unthinkable: A Future Where Women Candidates Are Allowed to Be Imperfect 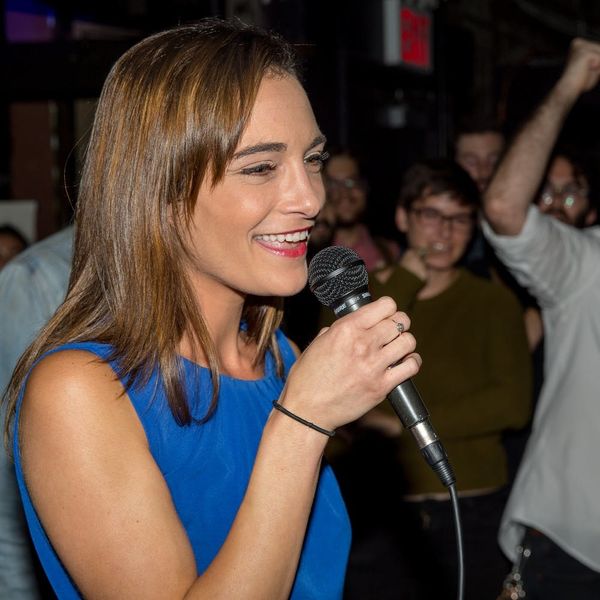 Thursday was a big day for New York Democrats, who held their state primary vote leading up to midterm elections in November. Progressives are disappointed by Cynthia Nixon‘s loss to incumbent Andrew Cuomo for the Democratic nomination for governor, but there were significant progressive wins for other offices. The one that’s got everyone talking is Julia Salazar, the 27-year-old Democratic Socialist from Brooklyn who triumphed against eight-term state senator Martin Dilan despite a firestorm of media controversy.

Though she’s running for state office, Salazar has been the subject of scrutiny on the national stage.

Much of the “dirt” came from Tablet, a Jewish web-based magazine. An August 23 article called Salazar’s background into question, particularly casting doubt over whether she comes from a working-class family, is an immigrant, and is Jewish, as she has said. (Reports later confirmed that Salazar and her mother were both born in the United States and that her brother has said that the family were “middle class” while Salazar was growing up.)

In a lawsuit over the allegations, Salazar claimed that Kai Hernandez had accused her of having an affair with Keith. (Lawyers for Kai Hernandez say that she never made claims about an affair.) The charges against Salazar were eventually dropped due to a lack of evidence.

Despite the tantalizing details surrounding Salazar’s arrest and related allegations, their coverage during the lead-up to the primaries blew over quickly. Evidently, the scandal didn’t matter much to the voters who led her to a win. Though she still faces questions from critics, Salazar’s supporters seem to be most interested in advancing the progressive agenda she ran on, which included a call to abolish ICE, improve New York City public transit, and enact Medicare for All.

Just as details of Salazar’s personal life failed to hamper her victory, Ramos won despite efforts to undermine her character. According to the New York Post, her district was hit Wednesday with fliers calling her a “tax cheat” and a “liar,” in what the paper described as a “last-minute smear campaign.” The fliers further accused Ramos of concealing the time she’d worked as a staffer for disgraced former state senator Hiram Monserrate, who was convicted for misusing city money in 2012.

Progressive wins for offices representing parts of New York City indicate that urban voters are hopeful about policies that protect against gentrification and prioritize better funding in public schools, affordable healthcare, and improvements on the infamously cruddy MTA. But what is equally meaningful is the suggestion that voters are able to look past the blemished pasts of female candidates who share their values. In a political culture that unequally scrutinizes women’s behavior, that’s something to get excited about.