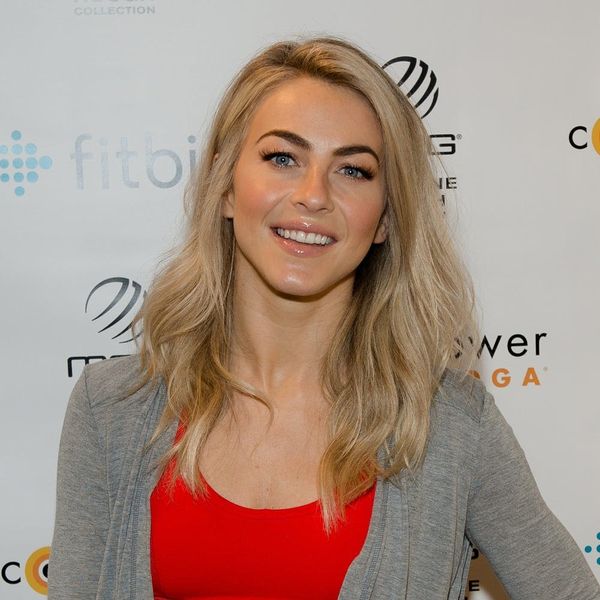 Just when we thought we knew all there was to know about Harry Potter, Julianne Hough has just gone and proved us wrong. If you were unaware of the fact that the Dancing With the Stars’ judge starred alongside Emma Watson, Daniel Radcliffe, and Rupert Grint in the film series, you certainly aren’t alone. But the 28-year-old has just shared a throwback pic in honor of the book’s 20th anniversary that proves she was actually an OG Gryffindor.

Even hardcore Harry Potter fans may need to re-watch The Sorcerer’s Stone to spot the cheeky, blonde-haired girl who cheered in the Quidditch stands and took her place in the Great Hall alongside the Weasleys, but look close enough, and there Hough is, grinning as wide as can be.

Happy 20th Anniversary Harry Potter! Remember that one time when I was 11 and a Gryffindor? Oh and apparently liked flirting with the Weasley twins? #ivealwayslovedredheads #gryffindor #harrypotter #firstfilm

Along with the adorable shots, the Grease Live! star added a super sweet message, saying, “Happy 20th Anniversary Harry Potter! Remember that one time when I was 11 and a Gryffindor?” Aah! So cute!

What’s more, the professional dancer’s brother, Derek Hough, also appeared in the film, but as a rival Ravenclaw (!).

The bride-to-be also shared a bit of *personal* information with her snap, admitting that she was far less focused on house competitions and more on the fellas she was acting with, adding, “Oh, and apparently [I] liked flirting with the Weasley twins? #ivealwayslovedredheads #gryffindor #harrypotter #firstfilm” Oh. Em. GEE!

Happy birthday to the two genius inventors of the Skiving Snackbox, Fred and George Weasley!

And that’s not all. She also revealed to People that a certain *other* Harry Potter star also captured her young heart. “I gave [Daniel Radcliffe] a love note and a Beanie Baby for Valentine’s Day,” she confessed. “I didn’t personally give it to him, because I was just an extra, but I gave it to his assistant or PA that was working with him. I don’t know if he ever got it, but Daniel: I just want to know if you got it! Come on! I just wanna know if you got it!”

So, Daniel Radcliffe… did you get it?!

Are you surprised to find out that Julianne Hough was in a Harry Potter movie? Let us know @BritandCo!