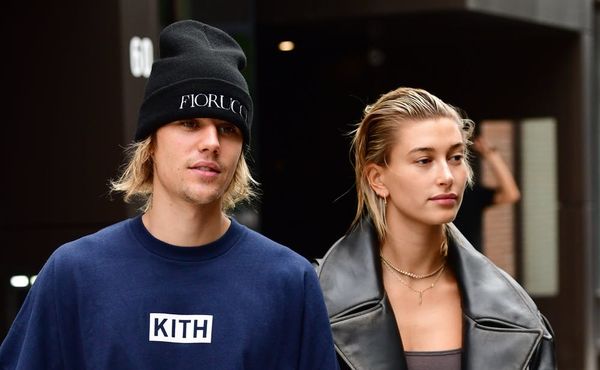 Justin Bieber and Hailey Baldwin tied the knot in September, just weeks after rekindling their relationship, and now the newlyweds are opening up about the difficulties of married life — and their dedication to making it work — in their first joint interview.

Newlyweds @justinbieber and @haileybieber are our March issue cover stars! Tap the link in our bio to read their full interview. Photographed by #AnnieLeibovitz, styled by @tonnegood, @karlawelchstylist and @michael_philouze, written by @robertjhaskell, Vogue, March 2019.

“The thing is, marriage is very hard,” Baldwin admitted to Vogue in the magazine’s March cover story. “That is the sentence you should lead with. It’s really effing hard.”

The couple had been married for about three months when they spoke with the publication just before Christmas 2018. Both Baldwin and Bieber were very candid about the challenges they had faced so far — everything from decorating decisions in their new home to their opposite personalities — and the fact that they were seeking regular marriage counseling in order to work on their ongoing communication issues.

“Fighting is good,” Bieber said. “Doesn’t the Bible talk about righteous anger? We don’t want to lose each other. We don’t want to say the wrong thing, and so we’ve been struggling with not expressing our emotions, which has been driving me absolutely crazy because I just need to express myself, and it’s been really difficult to get her to say what she feels.”

The newlyweds first dated for a very brief time in early 2016, after meeting as friends in 2009. Over the years, they continued to spend time together, and one month after reconnecting in June 2018, they got engaged. (One thing they’re not in a rush to do is to have children, which Baldwin said will not happen for at least a couple of years.)

Though the couple made things official in a New York City courthouse, they’re still in the process of planning a more formal wedding. And Baldwin made it clear to Vogue that she and Bieber are in it for the long haul.

“I’m fighting to do this the right way, to build a healthy relationship. I want people to know that. We’re coming from a really genuine place. But we’re two young people who are learning as we go,” she told the mag.

“I’m not going to sit here and lie and say it’s all a magical fantasy,” she continued. “It’s a choice. You don’t feel it every single day. You don’t wake up every day saying, ‘I’m absolutely so in love and you are perfect.’ That’s not what being married is. But there’s something beautiful about it anyway — about wanting to fight for something, commit to building with someone. We’re really young, and that’s a scary aspect. We’re going to change a lot. But we’re committed to growing together and supporting each other in those changes. That’s how I look at it. At the end of the day, too, he’s my best friend. I never get sick of him.”

What did you think of Hailey and Justin’s first interview together? Let us know @BritandCo!