K-Cups Might Soon Be Banned for a Very Good Reason 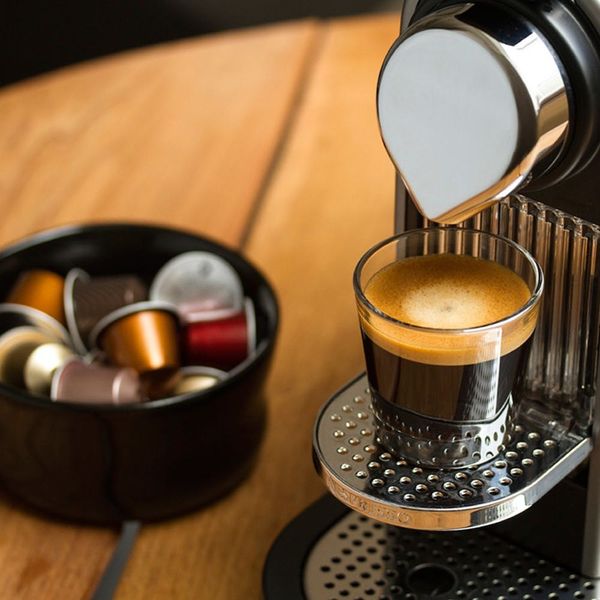 When the Keurig was released, it was basically the ultimate busy morning hack. No longer did you have to wait for a whole pot of coffee to brew when all you really needed was a single cup. But as easy as single-cup brewers have made that fundamental element of your morning routine, they’re not doing great things for the environment. Those plastic pods aren’t recyclable and considering that about one in eight people making their daily brew from these pods, that’s starting to create a pretty negative impact. So, to combat this wasteful habit, one country has decided to ban them.

According to BBC News, the German city of Hamburg has decided to introduce a ban on “certain polluting products or product components” from government buildings. In the fine print, the ban specifies, “equipment for hot drinks in which portion packaging is used” – basically that means any sort of single-cup brewer (like the Keurig or Nespresso machines).

Keurig’s cups inability to be recycled stems from their complex packaging. They’re made from a mixture of aluminum and plastic. That, combined with the unused ground coffee left sitting at the bottom, makes them too difficult to process at standard municipal recycling plants. However, it should be noted that while Nespresso’s packaging is also difficult to recycle on its own, they have implemented a program where you can drop your used pods off at over 88,000 locations to have them to properly recycled. Find out more about that here.

Piotr Barczak, waste policy officer at the European Environmental Bureau tells BBC, “The point with coffee pods isn’t about recycling – it’s about cutting down on the amount of stuff that we need to throw away or recycle.”With environmental issues becoming increasingly important in this modern day and age, it might not be long before a similar ban heads stateside. If you’re really not into going back to your trusty eight-cup brewer, check out these eco-friendly alternatives.

1. Ekobrew Stainless Steel Brewer ($13): If you’re up for one tiny extra task in the AM, ditch the plastic altogether and fill this stainless steel, reusable filter with coffee grinds of your choice.

2. Real Good Co Recyclable K-Cups ($30): Okay, so you’re not willing to add that extra step. That’s okay. This box comes with 30 cups of three different blends that are all made from 100% recyclable materials.