Kaitlyn Bristowe Still Wants to Do DWTS Despite This Sticky Situation 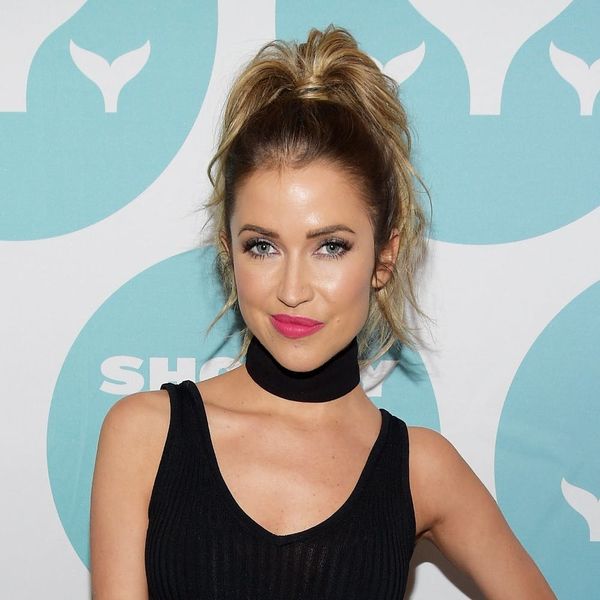 Kaitlyn Bristowe may be looking toward her past by revealing a fact that could’ve totally changed The Bachelor history, but she also has plenty of plans for her future, which first include freezing her eggs to take control of her reproductive plans. Her second plan includes still wanting to do Dancing With the Stars, despite a certain sticky situation.

Earlier this year, Bristowe claimed that she had previously signed a contract for DWTS but was told that she wasn’t allowed to appear by The Bachelor and The Bachelorette producer Mike Fleiss. Reeling over the fact that plenty of male stars from the show have gone on to compete on the fellow ABC reality series, she publicly wondered why the women were being prevented from doing the same.

Actually I was offered it, had the contract & Mike Fliess told me I wasn't allowed.He said he didnt want people wanting fame after his show🤔 https://t.co/nSzricohi4

However, despite this very visible he-said/she-said kinda dispute (Fleiss responded by saying that Bristowe has his “total support if she wants to appear on DWTS!!!”), the 31-year-old former dance instructor and the daughter of a ballet dancer is still up for the gig.

Discussing the situation during her new Off the Vine podcast, Bristowe told fans she’d definitely jump on the chance to appear on the DWTS stage, saying, “Dancing is, honestly, it’s a passion of mine,” though she also admitted, “I’ve never done ballroom dancing, so that would be very new to me.”

And that was the night Shawn B Jr was made. #CelineDionWillGetYa @omnihotels

And when it comes to the possibility of the show also casting her fiancé Shawn Booth (who proposed to Bristowe during the eleventh season of The Bachelorette), she admits, “I think he’d be so supportive and I think it’d be fun,” though she added, “but I also don’t think they’ll do that.”

They may not be willing to cast BOTH Bristowe and Booth, but we’ll keep our fingers crossed that the former might be taking the DWTS stage eventually, and hopefully sooner rather than later.

Would you love to see Kaitlyn Bristowe (or any other Bachelorettes) on Dancing With the Stars? Let us know @BritandCo!