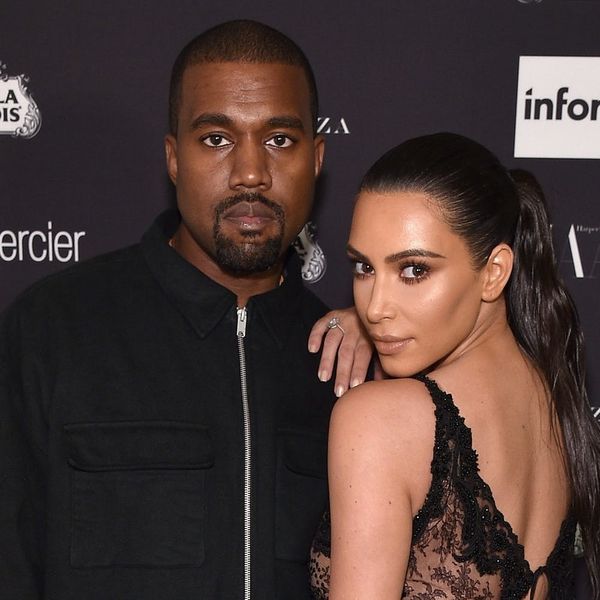 What do you get the girl who has everything? Reality star and KKW beauty founder Kim Kardashian West took to Instagram stories yesterday to share her surprise Christmas gift from husband Kanye West. Laying out the goods in front of her, Kardashian West was full of wonder at the way her gift was presented — what the Keeping Up With The Kardashians star thought was a box of stocking stuffers turned out to be so much more.

“Okay, so for one of my Christmas presents from Kanye, he gives me this little box with a Disney Mickey toy, Apple headphones, Netflix, Amazon gift cards, and Adidas socks,” she said as she displayed her bounty. “And I’m like, ‘That’s so sweet!'”

It was even sweeter than she originally thought, though. In her next story, Kardashian West revealed that the small gifts corresponded with the real gifts — stock options to each of the companies represented in her haul. “But then I open the next box and it is stock to Amazon, where he got the gift card; stock to Netflix; stock to Apple, hence the little headphones; Adidas stock; and Disney stock,” she explained.

If you pause the story at just the right moment, you can see that the Kimoji creator’s Disney stock certificate is for 920 shares worth approximately $100,000, and that the present also includes 995 shares of Adidas stock, which had a value of $169.40 per share, as of Tuesday afternoon.

Talk about a merry Christmas!

Kat Armstrong
Kat has been a writer, social media maven and mom for longer than she's willing to admit. She's also spent time in front of and behind the camera, interviewing celebs, politicians and acting as a producer for fashion and artistic photography shoots. When she isn't writing for various orgs and publications, she's hanging with her kids, husband and French Bulldog, Peter, in Toronto, Canada.
Christmas
Celebrity News
Christmas Kardashians
More From Celebrity News