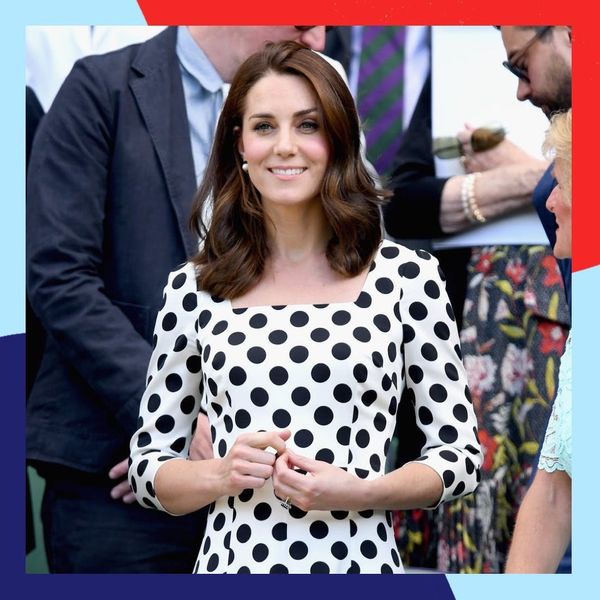 The moment Kate Middleton walked out of Westminster Abbey on April 29, 2011, in her Alexander McQueen by Sarah Burton wedding gown, she cemented herself as a bonafide fashion force. The Duchess of Cambridge's approachable take on royal style (think statement coats and colorful frocks) and love of recycling looks have the power to turn a classic buy into a viral hit. Here, we take a look at Middleton's best fashion moments so far.

The Duchess of Cambridge visits King's College on March 19, 2019, in London, England during her most recent solo outing with the Queen. Middleton wears a grey Catherine Walker coat dress, Sylvia Fletcher black fascinator, and a Mulberry clutch. (Photo via Mark Cuthbert/UK Press via Getty Images)

The Duchess of Cambridge attends the Commonwealth Day service at Westminster Abbey on March 11, 2019, in London, England wearing a familiar Catherine Walker coatdress with a matching fascinator and suede heels. (Photo via Samir Hussein/Samir Hussein/WireImage)

The Duchess of Cambridge visits the Empire Music Hall on February 27, 2019 in Belfast, Northern Ireland in a dazzling pleated dress by Missoni. She paired the look with a beige clutch and nude pumps. (Photo via Jeff J Mitchell/Getty Images)

In Lewisham, South London on January 22, 2019, Middleton visited the charity Family Action wearing a Yahvi midi dress ($770) by Beulah with a coordinating envelope clutch and suede pumps. (Photo via Karwai Tang and MarkCuthbert/Getty)

The Duchess of Cambridge wowed in Erdem paired with Jimmy Choo velvet heels and a box clutch at the Victoria and Albert Museum on October 10, 2018. (Photo via Victoria Jones + Jeremy Selwyn – WPA Pool; Max Mumby/Indigo/Getty)

At the 2018 BAFTA Awards, Middleton stunned in a Jenny Packham gown with a black clutch and black Prada pumps. (Photo via Jeff Spicer, Daniel Leal-Olivas/ Getty)

On June 16, 2017, Middleton sported a Zara Waffle Blazer for an event with the 1851 Trust. (Photo via Chris Jackson/Getty)

The Duchess of Cambridge wore See by Chloe on May 17, 2017, for a garden party at Buckingham Palace. (Photo via Andrew Parsons/ Getty)

On October 1, 2016, she rocked a Troy London Wax Parka and Superga Cotu sneakers while sailing in Canada. (Photo via Chris Jackson/Getty Pool)