Keeping Up With the Kardashians Recap: Kourtney’s Fighting Fires 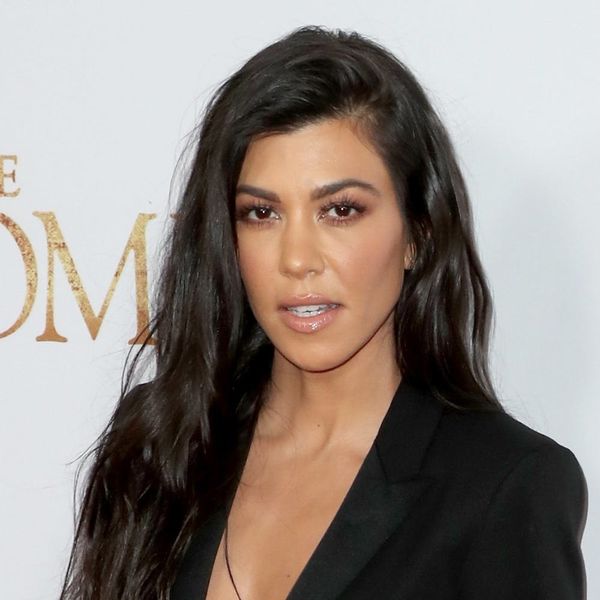 The latest Keeping Up With the Kardashians opens on Rob and Scott waiting at a four-way stop where Rob is waiting to make his turn. Yet cars continue to pass as Scott laughs nervously and Rob stares ahead before Scott says, “You gotta go eventually.”

It seems to be a metaphor for the 30-year-old’s current state of life. Will he ever really make that intersectional turn? He’s making positive strides with life coach Jamel and personal trainer Gunnar at Planet Fitness, but his relationship with Chyna is still strained.

Rob longs for the type of co-parenting situation that Kris and Robert Sr. had when they split up. Kris tells him that his goal of a healthy relationship with the mother of his child means he’s on the right track, but still he frets over the awkwardness of their interactions. I can relate: I recently reached out to an ex to have lunch because I thought we were on good terms and dude straight up ignored me despite having had 10 years of space. Considering the fact that my ex has way more chill than Chyna, I think Rob might want to get used to it: I foresee a lot of awkwardness yet to come.

Kim gets ready for New York Fashion Week and can’t get Kourtney to commit to going with her. It’s revealed that Kourtney is generally indecisive, and that her inability to make decisions is having negative effects on the family. I also deeply identify with Kourtney here, as I frequently have to ask others to make decisions about where to eat and what to do. Kourtney, however, takes things next level, actually telling Kim that she’ll go to New York and then canceling as Kim’s on the plane waiting for her. “God told me not to,” she says in an excuse.

Meanwhile, Kylie’s makeup pop-up store in New York is popping off with lines of screaming fans snaking through SoHo. Kim gives away free lip kits after telling Kylie that she won’t pay for them: That’s $900 worth of merchandise, Kimberly — way to put a dent in your little sister’s growing empire!

Afterward, both Kim and Kylie attend Kanye’s fashion show for Yeezy Season… uh… let’s just go with 13, shall we? It’s a lot of denim and wool, which I’m sure impressed Anna Wintour (also in attendance), who kept her signature sunglasses on in the very dark room.

Season 13 MVP Khloé tries her best to teach Kourtney how to be more confident in her decision making, though her shaming exercises initially upset the eldest Kardashian sis. Khloé and Kris then give Kourtney a taste of her own medicine as she’s on her way to meet them at a restaurant by changing the location on her multiple times. Eventually, Kourtney shows up, only to realize that Khloé and Kris have been there eating the whole time. Khloé and Malika also make Kourtney play a quick decision game that involves bullhorns and noisemakers, leaving Kourtney annoyed and partially deaf.

My respect for firefighters is on a whole other level! Thank you for ALL that you do for us on a daily! So selfless, so courageous, so brave!! ❤️🚒❤️

In a grand finale of lessons learned, Khloé makes Kourtney go through an intense role-play drill with the Los Angeles Fire Department. Kourtney is given a series of tasks to save Kris, but she hesitates at every stage, essentially allowing Kris to perish in the fire (a rather cruel would-be fate for dear old mom, who is living her best life in her sixties).

Kourtney eventually has a breakthrough and realizes her co-dependency issues with Scott are to blame for her indecisiveness as she’s watching… a Tony Robbins documentary on Netflix. “Tony Robbins taught me to make decisions from my heart and not from my head,” she concludes. (Tony Robbins also caused a bunch of people severe burns after they chose to do his coal walk: Just sayin.’).

Maybe stay away from the fire altogether, Kourt!

Can you relate to Kourtney’s indecisiveness? Tell us about it @BritandCo.