Keeping Up With the Kardashians Recap: Scott’s Under Water 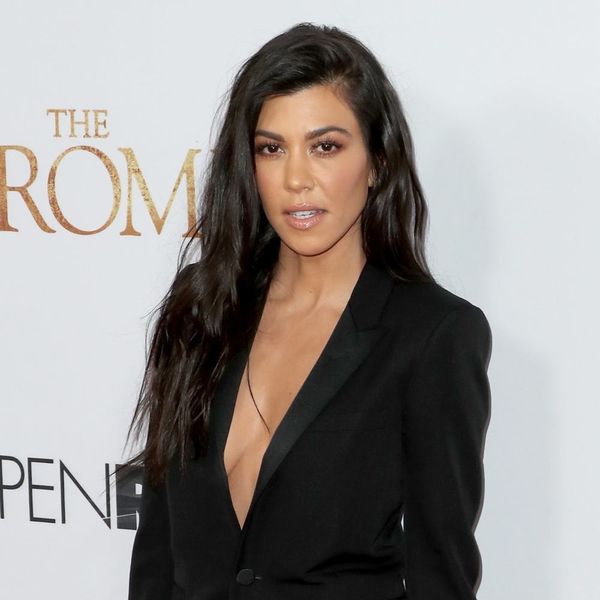 It’s out of the frying pan and into the water for Scott on this week’s Keeping Up With the Kardashians. Kris, Khloé, and Kourtney continue to pile on Scott at dinner after it is revealed that he flew out the mysterious Chelsea to join him on the family vacation. Scott claims to be a sex addict, which infuriates Khloé. She goes classic reality television and throws water on Scott. Not to be upstaged, Kim and Kris also throw water on him before they all drive away in Costa Rica’s most glamorous golf cart. For the good of great television, I am so glad that stars are not just like us.

Khloé and Scott make up the next day on the patio of their Costa Rica rental house and in the first of many double confessionals in this episode. While seeing impeccably made-up Kardashian sisters side by side in the bright lights of the confessional interviews is delightfully blinding, poor Scott looks perpetually sunburned sitting next to the evenly bronzed Khloé. As if he weren’t troubled enough already!

Khloé plans a day of tubing for the family, but Kris and Kim decide not to go, marking yet another fractured family outing. Kim claims she doesn’t want to get wet, but she’s in the middle of the rain forest! Even Tyga and Kylie emerge from their bedroom (where they were probably rehearsing potential plot lines from Life of Kylie) to go tubing! Afterward, Kris and Kim join everyone in a spring where Kris bottles the water, hoping to cure her psoriasis. Send me some, BB!

Later, Khloé and Kim fight about how Khloé wants the family to enjoy their vacation more. Kim gets on to Khloé for being negative and repeatedly calls her “snappy.” She even gets Kourtney and Kris involved in confronting Khloé and one of Season 13’s most troubling controversies comes full circle: What is with the girls’ sunglasses?!? Khloé’s gold-hewed aviators go nicely with her bright yellow swimsuit, but Kris, Kim, and Kourtney’s shades are huge and hideous. I mean, I’m all for daring fashion, but y’all can get much cuter sunglasses from a street vendor in Times Square. Don’t yell at Season 13’s MVP when she’s the only one present who can accessorize well!

Following the confrontation dinner, Kourtney tells Scott they are never getting back together. Scott appears to take it well but perhaps vengefully, he later tells Kim that the Kardashians should break up and do their own thing. Immediately, I get flashes of the Jonas Brothers, the Beatles, and the European Union. How can Scott suggest that Kim put the world through the ringer yet again in these uncertain times? Kim shrugs it off as she bravely heads to court to testify against her Paris robbers. Scott can try, but he won’t chip away at this sisterly bond, especially now that they’re doing these fabulous joint confessionals!