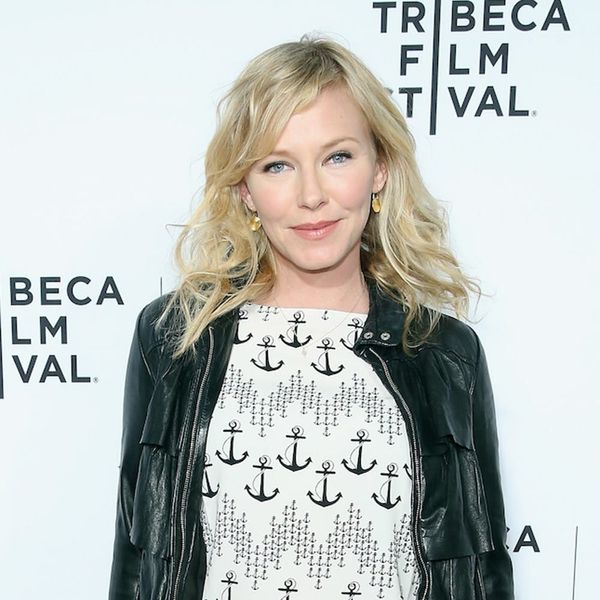 Kelli Giddish has had a seriously life-changing year, getting married and becoming a mother all within the span of four months! The actress, who plays Detective Amanda Rollins on Law + Order: SVU, wed her husband Lawrence Faulborn in a secret beach wedding in Florida this past June shortly before word about her pregnancy got out. The SVU star gave birth October 6 to a baby boy she named Ludovic (Ludo for short — what a creative baby name!).

According to NameBerry, “Ludovic” is the Scottish or English version of “Ludwig,” and means “famous warrior.”The proud mama tweeted this tiny baby foot picture along with the caption, “We are so happy to welcome little Ludo!” Aww. Look at those teeny toes!

At the hospital with the newest SVU member 'Ludo' Congrats @TheKelliGiddish and Larry. pic.twitter.com/0QD0uxtWaI

And it looks like Kelli’s pretty close to her co-star and partner on the show Ice T and his wife Coco as well. The rapper/actor posted this sweet pic + tweet at the hospital welcoming baby Ludo. We have to say, Kelli is glowing post-partum and looks over the moon! Fun fact: Ice T and his wife of 13 years are expecting their first baby together and they’re due in December.

SVU‘s showrunner Warren Leight tweeted this hilarious response to Ice T’s baby announcement. With three babies coming to cast members this season, SVU really might be the most fertile show ever.

What do you think of the name Ludovic? Tell us in the comments below!

Kimberly Wang
Kimberly Wang writes about all things pop culture, tech, style, and beauty. She's a Bay Area transplant and has an MFA in Creative Writing from Columbia University. On a sunny New York day, you can find her hanging out with her mini schnauzer Isabelle Jellybean on a blanket in Central Park.
Celebrity Baby
Baby Names
Celebrity Baby Celebrity Baby Names