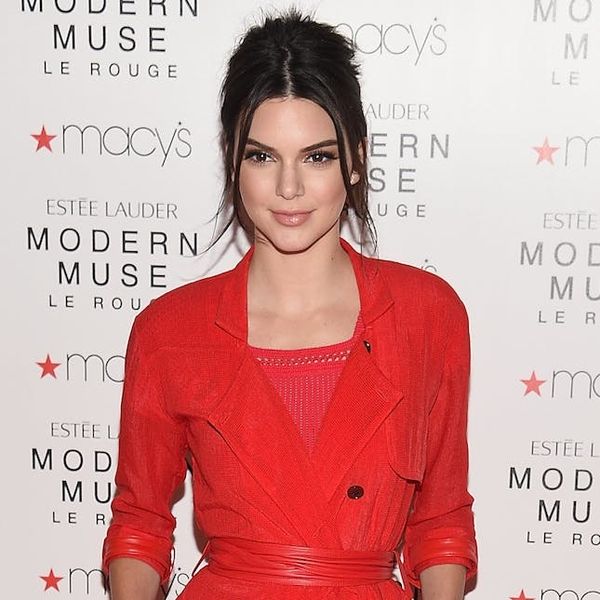 Body positivity extends to more than just loving your form, but also to owning your body and feeling like you have agency over it. This makes the latest news from the Kardashian-Jenner camp pretty cool. Kendall Jenner is a supermodel. No one can contest that. A supermodel’s job relies on the physical — her appearance is literally her moneymaker and often closely controlled. That’s why it’s kinda inspiring when you see someone in that field expressing themselves through some body art.

Kendall Jenner recently showed up at Harper’s Bazaar Icons NYFW event sporting what appeared to be a nipple piercing through her dress, which she confirmed at her Estée Lauder fragrance launch yesterday. In an interview with Page Six, the reality star said that she’d decided to get the piercing during a “rough time, being a rebel and was like ‘Let’s just do it.’” YAAS, gurl. There’s many ways to take ownership over your body and body art is definitely one way to manifest that.

Sometimes the act of doing that can actually be pretty scary. “[I was] so terrified, I’m laying on the bed like ‘Why am I doing this,” Kendall continued. Fellow nipple-piercing hopefuls, take heart. Kendall assures us, “Then it wasn’t as bad as I expected.” Nipple-piercings are not for everyone, but if it’s something that you want and you’ve done your research, have access to a licensed piercer and are conscientious with the aftercare, then do your thang.

Self-expression is always a yes.

What do you think about Kendall’s piercing? Do you have any body piercings or art? Share it with us in the comments below!

Kimberly Wang
Kimberly Wang writes about all things pop culture, tech, style, and beauty. She's a Bay Area transplant and has an MFA in Creative Writing from Columbia University. On a sunny New York day, you can find her hanging out with her mini schnauzer Isabelle Jellybean on a blanket in Central Park.
Kardashians
Trends and Inspo
Kardashians