The 411 On Those Braids All the Kardashian-Jenners Are Wearing 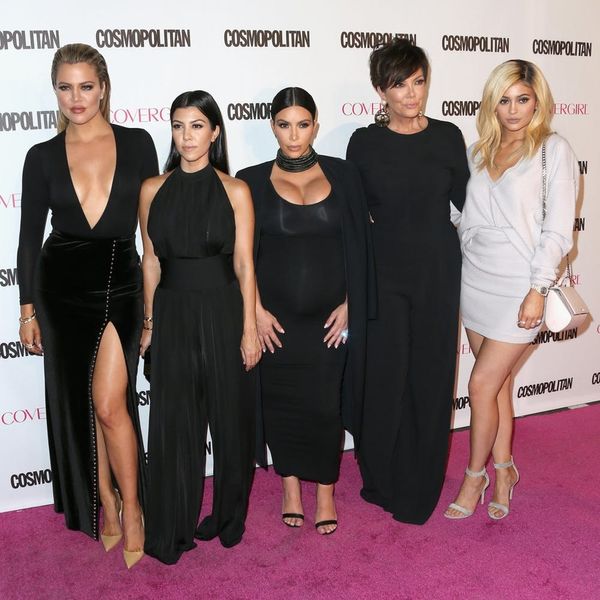 The Kardashian-Jenners are pretty great at launching trends — or at least taking a trending look and blowing it up big time. Kylie Jenner, who changes her hair about once a minute, is making waves with her matte liquid lipsticks that keep selling out before you can say, “Lip Kit.” Khloe Kardashian didn’t coin the term “revenge body,” but she’s definitely got the most famous one at the moment. And now the sisters have taken over a hairstyle that certain athletes have been been rocking for ages, and suddenly made us all want to give it a try.

The Internet nearly erupted today when Kanye’s ex Amber Rose and Kanye’s wife Kim Kardashian West snapped a selfie today. Needless to say, there’s been a lot of drama in the famous family recently, but the fact these two appear to actually be friends and not nemeses isn’t what made us do a double take. Instead, we’re checking out Kim’s sleek boxer braids. To achieve boxer braids, you part your hair down the middle and Dutch braid each side starting from the very front of your hairline and letting the braid get bigger as you go back. FYI, a Dutch braid is like an inside-out French braid, which can be achieved by pulling your hair UNDER rather than over.

It’s not the first time Kim has worn this hairstyle and we’re certain it won’t be the last. She plaited her hair this way for Christmas and adorably, North had her hair done the same way. And aside from twinning with her adorable tot, it looks like the look has rubbed off on her sisters too.

Kylie has been spotted wearing this versatile style. It’s great because these braids can be dressy enough for a night out, or casual enough to drop by the grocery store to pick up milk.

Khloe recently also did an impromptu photo shoot on Instagram with these braids.

And being the big sis and the O.G. and all, Kourtney was spotted back in 2012 wearing these braids (hey, Ashlee Simpson), though she decided to twist up the tails for a chic bun in the back. These braids certainly do appear to be universally flattering.

Will you be trying out this look? Tweet us @BritandCo!

Kimberly Wang
Kimberly Wang writes about all things pop culture, tech, style, and beauty. She's a Bay Area transplant and has an MFA in Creative Writing from Columbia University. On a sunny New York day, you can find her hanging out with her mini schnauzer Isabelle Jellybean on a blanket in Central Park.
Kardashians
Beauty News
Kardashians
More From Beauty News