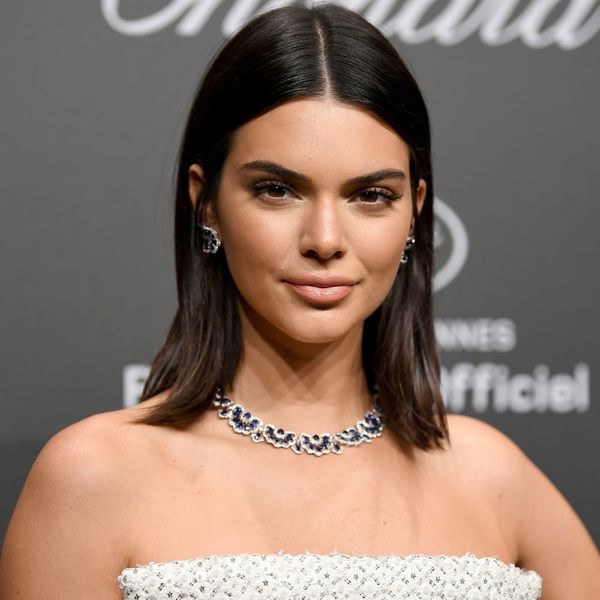 Thanks to a season 14 Keeping Up With the Kardashians preview last month, we knew we were getting closer to finally finding out what Kendall Jenner had to say about the controversy that sparked around her Pepsi commercial. But we didn’t know how emotional she’d be. As the model sat down to discuss the saga on last night’s season premiere, she fully broke down crying.

“When I first got this offer, I mean, it’s a huge company,” the 21-year-old said while filming her confessional for the anniversary season of her family’s reality TV series. She explained that she was initially excited about the opportunity to star in the ad because she admires others who have also done Pepsi commercials. “The people I was following were so iconic and amazing. Michael Jackson has done it. Britney Spears has done it. Beyoncé has done it. Pink. The list goes on.”

Indeed, Pepsi’s celeb ads are iconic. But Jenner’s commercial is memorable for a different reason.

The backlash to her spot was quick and harsh. And she gets it. “After I saw the reaction and I read what people had to say about it, I most definitely saw what went wrong,” she said on KUWTK before breaking down into tears. “Like, I just felt so f*cking stupid.”

Jenner’s sister Kim Kardashian West shared a similar sentiment back in May, when she appeared on Watch What Happens Live With Andy Cohen. “You know, I think anytime someone does anything, they don’t have bad intentions of doing it a certain way,” she said in defense of her sibling. “Especially Kendall’s so sensitive, she would never mean for anyone to perceive anything in a negative way.”

She added that Jenner had learned from the unfortunate situation, revealing, “She totally understood at the end of the day and she felt really awful for it and she just wants to move on from it.” Maybe now she can.

What do you think about Kendall Jenner’s reaction to the Pepsi controversy? Let us know @BritandCo!

Desiree O
Desirée O is a ‘Professional Bohemian’ who loves anything and everything related to the arts, entertainment, and pop culture. She ADORES being a ‘Newsy’ for Brit + Co, covering all of the latest tidbits of awesomeness that you want to read about. When she’s not writing, she’s either making messy art, going on long adventurous walks with her camera, or poking around over at bohemianizm (http://www.bohemianizm.com/). You can find out about Desirée O and her work at http://DesireeO.com/ or follow her on Twitter @DesireeO.
Controversy
TV
Controversy Kardashians