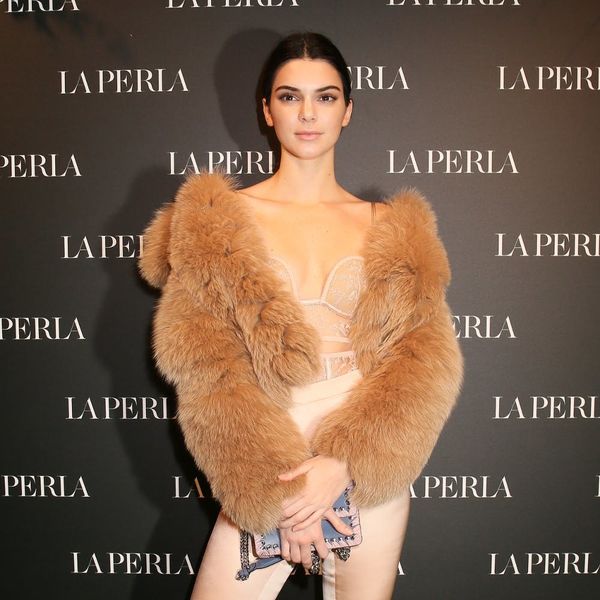 It may seem like we know every teeny, tiny detail about the Kardashians and Jenners. And that includes their romances and relationships — from Kim K-W’s divorce rumors to Kylie Jenner’s on-again/off-again situation with Tyga, not to mention Kourtney + Scott, Khloé + Tristan, and Kris + Corey. But… what about Kendall Jenner? It turns out that when it comes to the model’s love life, there’s a totally unexpected reason why she WON’T talk about it. At all.

Okay, so maybe she talks about her love life a little bit, but only to explain to fans why she doesn’t give us the juicy deets on who she’s eyeing and spending time with. Chatting with Harper’s Bazaar as this month’s cover model, Jenner made her feelings very clear when it came to the subject of her possible romances.

“I’m not marrying anyone. I’m not engaged. There’s nothing long-term or serious like that in my life. If I’m not fully, fully in it with someone, why would I make it public to everyone else? If I don’t even know what it is, why would I let the world know?” And while it sounds like she has no intention of giving up precious info while things are still casual between herself and whomever, that may not change when a real relationship *does* spark up.

Jenner explained, “I think [relationships are] something sacred. It’s something between two people, and nobody else’s opinion needs to be involved in it. People want to start drama. If I had a boyfriend, people are going to say all this stuff that’s probably going to cause us to break up.” Fair enough, if a shade pessimistic.

And though we totally understand how the young celeb feels, we can’t deny that we’d love to know what’s up between Kendall Jenner and A$AP Rocky. We just can’t help it!

What do you think about Kendall Jenner’s reason for not talking about her relationships? Let us know @BritandCo!

Desiree O
Desirée O is a ‘Professional Bohemian’ who loves anything and everything related to the arts, entertainment, and pop culture. She ADORES being a ‘Newsy’ for Brit + Co, covering all of the latest tidbits of awesomeness that you want to read about. When she’s not writing, she’s either making messy art, going on long adventurous walks with her camera, or poking around over at bohemianizm (http://www.bohemianizm.com/). You can find out about Desirée O and her work at http://DesireeO.com/ or follow her on Twitter @DesireeO.
Kendall Jenner
Celebrity News
Kendall Jenner