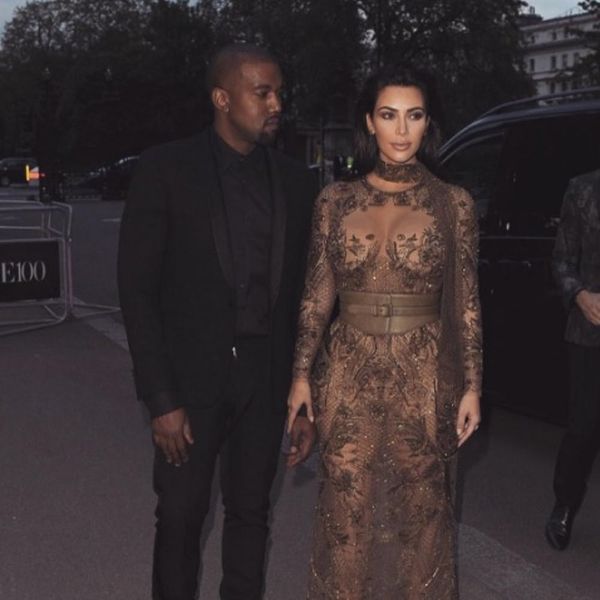 Fans are definitely worried about the Kardashian-West family. After it was learned that Kim may have asked for a break right before Kanye was hospitalized, now that he’s home (or rather, almost home), the split may be back on track. Though there still might be hope for Kim and Kanye amid divorce rumors, it’s really not looking good… at all.

According to E!, a source close to Kardashian’s legal team addressed the divorce buzz, saying, “I know for a fact that’s not true.” And though that may seem like good news for the family, it really just means that Kim hasn’t filed anything formally and perhaps merely hasn’t notified her lawyers of her (possible) intentions yet, most likely to give herself time to prep and to keep the info away from the public.

The source also added, “She wants to get Kanye back on his feet… She loves him.” Of course she does! After two years of marriage, it’s clear that this pair loves each other. But as we all know, sometimes love ain’t enough.

She promised me she wouldn't get any bigger. I can't believe my baby girl is 3 years old today!!!! Northie I love you so much I can't even explain it! Happy Birthday to my favorite mermaid!!!

Not only is Kim dealing with the aftermath of her attack in Paris, but she also has two very little children to take care of and protect. And while Kim may be struggling — “She has many things on her plate, so being overwhelmed is expected…” — she’s also apparently doing a good job of it so far when it comes to three-year-old North and one-year-old Saint. “The kids are very happy and don’t really have an idea what’s happening with their dad,” the same source said.

Let’s hope in the end, whatever happens, this family ends up happy and healthy.

Do you think Kim and Kanye will make it through this rough patch? Tweet us @BritandCo!