Kendall Jenner Reportedly Has a New Man in Her Life 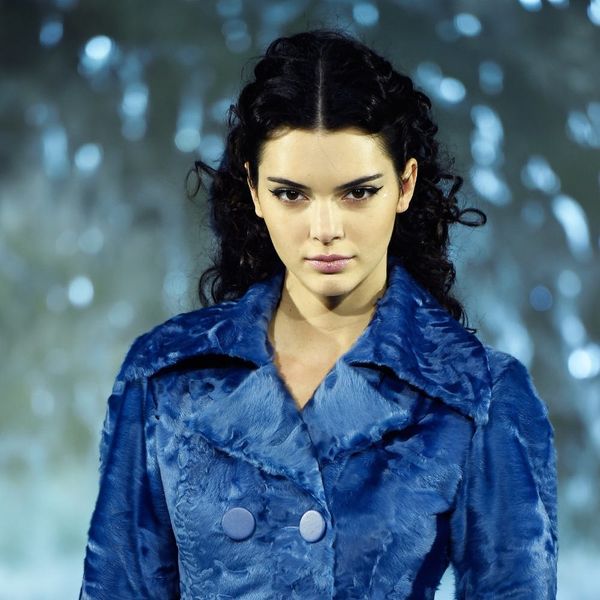 Kim Kardashian makes headlines pretty much every day for her work, marriage and kids (psst, did you know Saint said his first word?), and we’re used to hearing about Kylie Jenner’s career and on-again-off-again relationship with Tyga (are they engaged or aren’t they?). Kendall Jenner, on the other hand, tends to be in the news due to her style swaps and catwalk work. But now, it looks like Kendall may have a new man in her life.

The Internet is buzzing with the news that 20-year-old Kendall has been spotted out around town with 27-year-old rapper A$AP Rocky. An unnamed source (pfft!) told Page Six that the two are apparently “an item.”

Fans first wondered about their possible new romance earlier this summer when the pair was spotted abroad in Paris, but now Kendall and A$AP Rocky have reportedly brought their relationship stateside.

Just this past weekend, the Jenner sister was spotted at Rocky’s show at the Panorama music festival. Then, on Sunday, the two took a trip over to Harlem before ending up in Soho for a 1am meal at Blue Ribbon Brasserie. “They were coupled up at the restaurant… hugging, flirting and acting like a couple. His friend said that was ‘his girl,’” the source claims.

All we can say is: Please confirm or deny ASAP, Kendall!

What do you think about Kendall possibly dating A$AP Rocky? Tweet us @BritandCo!