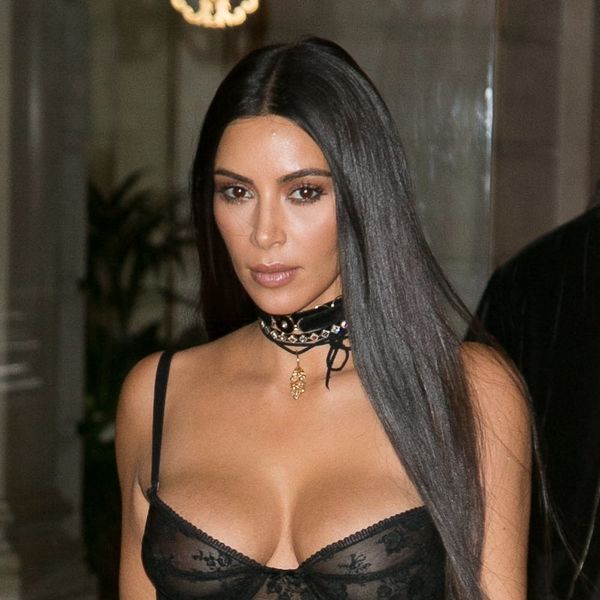 On this week’s Keeping Up With the Kardashians, exes, ghosts of exes, and is-she-or-isn’t-she-an-ex Chyna, haunt the women and Rob as they forge forward with their lives. As Khloé prepares to change her last name back to Kardashian after her divorce is finalized, Kim and Kourtney encourage Khloé to put her wedding pictures into an ex box. Kourtney’s ex box is a huge brown leather Alaia box full of handwritten letters from past boyfriends, while Kim’s is a small and floral chest with the chicken nugget box from her first date with TJ Jackson. Khloé, still this season’s most valuable Kardashian, has no time for her sister’s boxes and opts for a cake with her new passport photo printed on it. Cake over boxes is always the way to go.

At a photo shoot for Kendall and Kylie’s clothing line, Kylie learns from Kris that Chyna and Rob have gotten into a fight and damaged a TV in one of Kylie’s old houses. Repeat: Rob and Chyna had moved into one of Kylie’s old houses. One. Of. Kylie’s. Old. Houses. Kylie apparently has old houses lying around the way I have old copies of People magazine stacked on my desk from that one time I had a People magazine subscription five years ago. (Don’t judge; I haven’t finished the crossword puzzles.)

Chyna has left Rob, but has she? Despite Chyna having taken her belongings and baby Dream out one of Kylie’s random old houses, Rob flies out and parties with Chyna in New York and all seems well, or at least less shouty and violent. Back in Los Angeles, all five girls and Kris go to dinner at Ruth’s Chris Steakhouse, where they call up Rob to talk about his crappy relationship with Chyna. I personally think making a phone call on speaker at a restaurant is rude, particularly since the phone call is Rob’s umpteenth intervention and Ruth’s Chris has lovely steaks, but I’ll allow it if they help Rob along on his road to happiness.

The girls are upset with Rob because they think he’s using filming season two of Rob and Chyna as a reason to stay with Chyna. Rob indicates to them that filming has saved him from depression and keeps him goal-oriented. The girls are frustrated because they believe that a show is the wrong way of working through his relationship issues. I’m even more frustrated because I keep forgetting to watch season one of Rob and Chyna, and therefore don’t have enough information to yell advice at Rob through my TV screen.

Caitlyn asks Kris to do a golden mask facial treatment. As I look on jealously, worried about how big my nose pores look, Caitlyn says she has finished her new book and is anxious to get Kris’s opinion on it. Caitlyn comes by a few days later to drop off a copy of her book and things seem okay between the exes at first. After Kris reads the book, however, she objects to Caitlyn’s depiction of her, and she decides to cut off communication with Caitlyn. Following Rob’s logic, Caitlyn and Kris will only be able to mend fences by doing a season of Caitlyn and Kris, which would hopefully just be hours of the two trying out different face masks.

Also, Kim discovers that Kylie has psoriasis. Me too, girl. Me too.