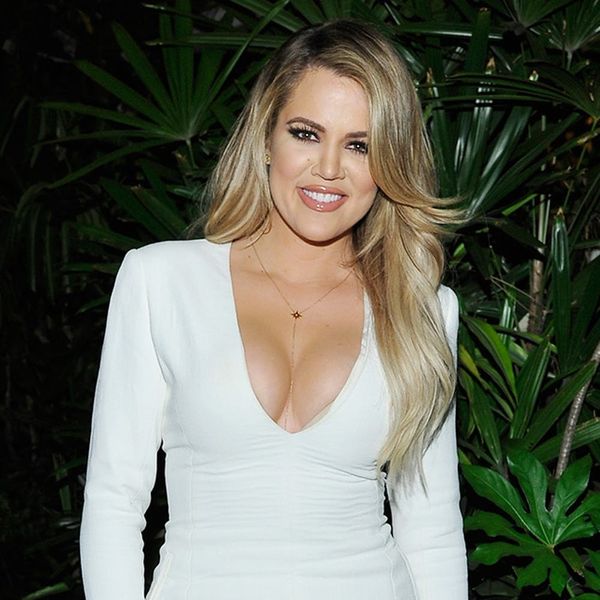 We used to avoid the Kardashian-Jenner buzz, but we’ve given in at this point. Hey, we’ll give them credit that the clan is doing some pretty exciting things that bring out the creative and the entrepreneur in all of us. Kim is releasing a book of selfies on May 5, Kendall and Kylie are launching a summer collection at Topshop, the Kardash sisters have a pretty adorable kids clothing lineandBruce just made worldwide headlines for a powerful reason. While that’s just a shortlist of the endless things the ubiquitous fam has going on, news of another branch in their ever-expanding empire was recently revealed: Khloe’s releasing an advice book.

The currently untitled tome, acquired by Regan Arts and scheduled for a November 3 release, will focus on the power of strength “in a culture that worships skinny.” According to the book’s press release, it will be filled with how-to advice and lifestyle tips to teach readers “how to create strength and true beauty in every area of their lives by building a strong body, mind, heart and spirit.” Fingers crossed she includes more insights like her WTF beauty secret.

Though the book doesn’t come out until the fall, the Keeping Up With the Kardashians star will launch it at BookCon in New York on May 31, where — naturally — the KUWTK camera crew will be documenting all the action. Not only is the youngest Kardashian sister prepping the release of this potential pageturner, but she’s also got an app coming out sometime in the near future. Looks like the Kardashians will soon be taking up room on our DVRs, closets, gadgets and bookshelves — what medium will they take over next?!

Will you be adding Khloe’s book to your 2015 must-reads list? Let us know in the comments.