Khloé Kardashian Has Something to Say About Rob & Chyna… and It Isn’t Nice! 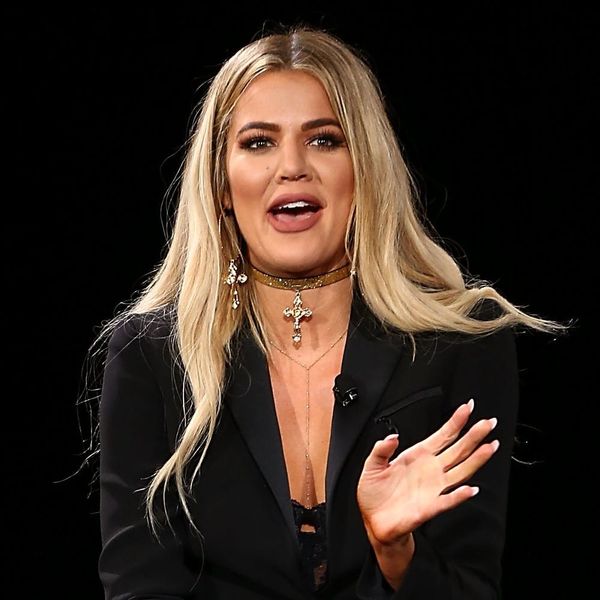 No one knows how to cause controversy, be totally inappropriate and throw shade like the Kardashian family, especially when they’re directing it at each other. Khloé isn’t exactly known for keeping her opinions under wrap (which drama-lovin’ folks are definitely thankful for), which is why she has something to say about her bro, Rob Kardashian, and his lady, Blac Chyna… and it isn’t nice!

While sitting down with James Corden, Khloé was pulled into a game of “Spill Your Guts or Fill Your Guts” (basically Truth or Dare with the dare always being to eat something nasty). The Kardashian sister was asked to choose her LEAST favorite E! show out of Rob & Chyna, I Am Cait and Sex With Brody.

Given that Khloé had never even heard of Brody’s series (FYI: It was a four-episode series that ran in 2015 and featured peeps discussing, well, you can guess), she easily chose that one. “I did not even know Sex With Brody was a show, so I guess let’s say Sex With Brody.”

But then, for no reason other than to throw that epic shade, she added, “And Rob & Chyna. I’ll say two.” Ouch! Without even having to, she totally threw her bro and Chyna under the bus.

Seriously, though, when it comes to sharing her thoughts, Khloé is fearless and ruthless. Although there’s one thing she’s not able to share, and instead she’s willing to eat a fish eye, so yeah. Check it all out below.