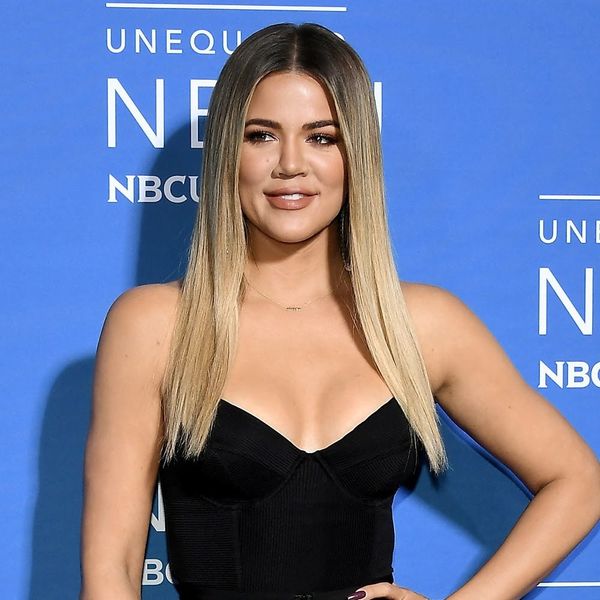 The Kardashian-Jenner family may be celebrating even more baby news! After reports earlier this month that Kim Kardashian West is expecting her third child via surrogate and other reports last week that Kylie Jenner is expecting her first child with Travis Scott, there are now new reports that Khloé Kardashian is pregnant too.

The 33-year-old has been open about wanting to settle down and start a family with her boyfriend, 26-year-old NBA player Tristan Thompson, and now it seems as if things may be moving in that direction. According to multiple reports from outlets including Us Weekly, TMZ, People, and BuzzFeed News, the couple are expecting their first child together.

Khloé has yet to confirm or deny the news herself, and if the family’s silence on Kylie and Kim’s baby rumors is any indication, she may stay quiet for a while. But she’s been open in the past about her fertility worries and feelings on kids.

In June, on the season 13 finale of Keeping Up With the Kardashians, she revealed that Thompson wants to have enough children to start his own basketball team. “Tristan and I definitely talk about starting a family. He wants to have, like, five or six kids with me, and that’s lovely,” she said. “We could start at one and then grow from there.”

At the time, she was not using contraceptives — her doctor wanted to get a sense of her hormone levels and follicles without them — so the idea of having kids was more prominent in her mind. “[N]ow, knowing I’m not on birth control, it’s really scary. It’s like a really big step,” she said in a KUWTK confessional.

Missing my squad!! A few of the squad members were MIA this day! This photo was hard enough to even get the kids to stand still for this long 🤣

We’ll be on the lookout for official confirmation from the family about all of these baby rumors, but they’re not likely to speak (or tweet) a single word before they’re good and ready. (Which is obviously their right.) You can take Kim Kardashian West’s response to all of the pregnancies stories about Kylie Jenner as proof that this family does things in their way, in their own time.

Do you know any friends or family members who were pregnant at the same time? Let us know @BritandCo!