Get Excited: ‘Killing Eve’ Season 2 Has a Premiere Date 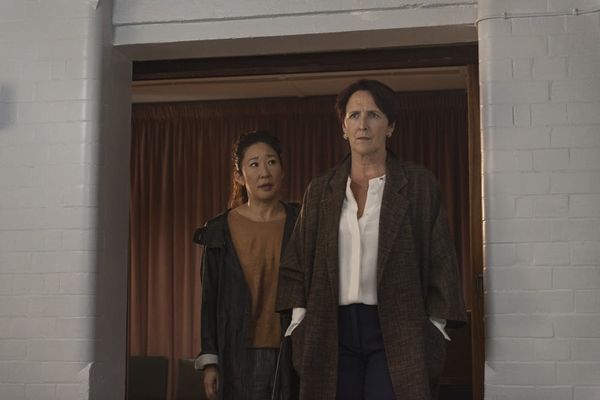 Sandra Oh had a big 2018, and it looks like 2019 is shaping up to be even better. The actress is set to host the Golden Globes with Andy Samberg this Sunday, January 6, and then she’ll be back on our screens in the spring for season 2 of Killing Eve. BBC America announced on Thursday, January 3, that the highly anticipated second season will debut on April 7 at 8pm ET.

Have you missed us? #KillingEve Season 2 premieres Sunday, April 7 at 8pm/7c on @BBCAmerica. https://t.co/SD6gzvHpzR pic.twitter.com/qusWAj2NB3

To celebrate the news, the show’s Twitter account shared a short yet chilling 15-second video featuring Oh as MI6 operative Eve Polastri. As she runs her hands through her hair — one of the first things Villanelle (Jodie Comer) noticed about her — we hear the voice of Eve’s superior Carolyn (Fiona Shaw) asking, “Why are you and Villanelle so interested in each other? What really happened in Paris?”

Fans of the show were enthralled over the course of the eight-episode first season, which saw Eve pursuing Villanelle — and vice versa. The finale ended with (spoiler alert) Eve stabbing Villanelle in her apartment.

Oh’s stellar performance earned her a Golden Globe nomination for Best Actress in a Drama TV Series and an Emmy nomination for Outstanding Lead Actress. The show itself also nabbed a nomination in the Outstanding Writing category, thanks to the work of executive producer Phoebe Waller-Bridge.

“Killing Eve is picking up exactly 36 heart-thumping seconds after the events of the season finale,” said Sarah Barnett, President of AMC Entertainment Networks. “This new season is packed with superlative performances and is as twisty, subversive, darkly funny, nerve-wracking, and pleasurable as our fans could desire.”

If you haven’t watched Killing Eve, you can watch the full season with a Hulu subscription. And tune in to see Sandra Oh co-host the 2019 Golden Globes with Brooklyn Nine-Nine‘s Andy Samberg on Sunday, January 6, at 8pm ET/5pm PT on NBC.

Have you watched the first season of Killing Eve? Let us know what you thought of it @BritandCo!