Kim Kardashian West Says North “Does Not Like Her Brother” Saint 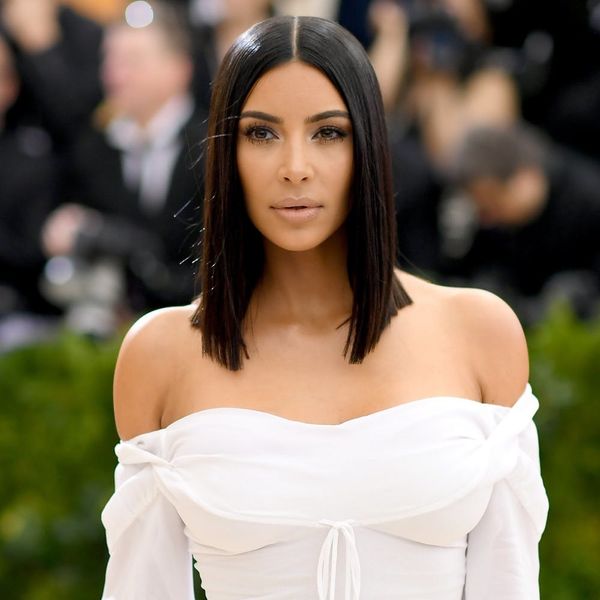 Sibling jealousy can crop up among even the closest brothers and sisters, and it looks like it’s no different in the Kardashian-West household. While Kim Kardashian has a famously close bond with her five siblings — Kourtney, Khloé, Kendall, Kylie, and Rob — her kids, four-year-old North and nearly-two-year-old Saint, apparently don’t get along so well.

“I don’t know if it’s because [North is] the older sister. I don’t know what it is,” the seemingly frustrated 36-year-old reality star said while filling in for Kelly Ripa on Monday’s Live With Kelly & Ryan. “I thought it was a phase. She does not like her brother. It’s so hard for me and I thought it was like, okay, a couple months, you know, she’s just warming up to it.” But the phase isn’t passing.

The reality star gave a few examples of how the unfriendly sibling sitch is playing out in their house. Apparently, North likes to have tea parties, but there’s one rule: NO BOYS ALLOWED! While this also means that North’s dad, Kanye West, doesn’t get an invite, Kardashian is pretty sure that the rule is aimed at little Saint.

“She’ll just slam the door on her brother’s face and he’ll start crying,” the reality star shared, earning a sad “aww” from the audience.

Let’s hope North and Saint start getting along sooner rather than later, especially if a third baby is indeed on the way.

Did you have any issues with your siblings when you were a kid? Let us know @BritandCo!