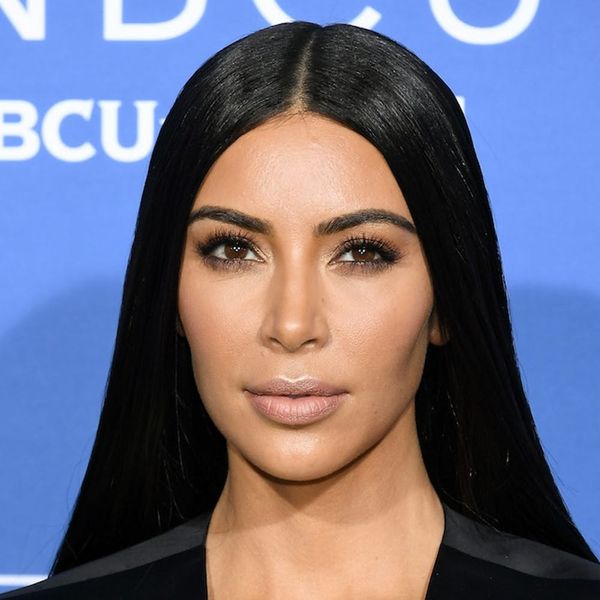 In what might be one of the weirdest things unearthed on the internet this week, BuzzFeed found a video of Kim Kardashian cleaning out former BFF Paris Hilton’s closet. Talk about flashback Friday! This was pre-reality show, Kanye West, and even Ray J, back when the Keep Up With the Kardashian star had a business cleaning celebrities’ closets.

“I go to my clients’ homes and I help them clean out their closets,” says a much-younger North and Saint’s mommy. “We take whatever they don’t want and I sell it for them on eBay.” Clients like “Catherine Bach, Nicole Richie, Paris Hilton, Brandy, Serena Williams, Cindy Crawford, Sugar Ray Leonard and his wife, Rob Lowe and his wife, Kenny G and his wife,” she confirmed in the 45-second video.

"i really want to do some kind of show that shows my life and what i do and my closet stuff" pic.twitter.com/LYmjH2l17E

After cleaning their closets, Kardashian would sell the unwanted items for her clients on eBay. A process she would totally show on camera, and in a bit of foreshadowing, she says, “I would totally do a show. You know, I really want to do some kind of show that shows my life and what I do and my closet stuff, and all of that would be really fun for me because that’s so natural.”

Clearly, Kardashian saw something way back when, because she did come to have that show, landed the cover of Forbes magazine, and earned $51 million in 2016 alone. Dreams do come true, kids (just not the closet stuff part).

Channing Hargrove
Channing Hargrove is a freelance fashion editor and writer in New York City. When she isn’t writing about clothing (or shopping, for research, of course), Channing is writing about life in a tiny studio apartment in a big city — and what she’s wearing — on her blog, Channing in the City.
Kardashians
Celeb Style
Kardashians Nostalgia
More From Celeb Style