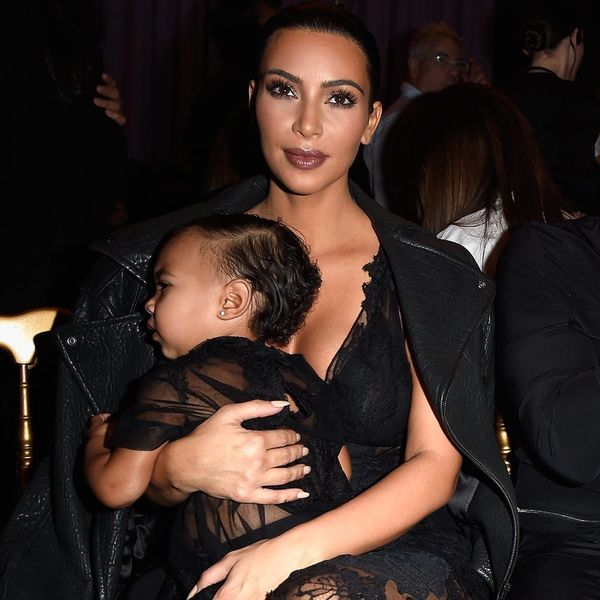 If you thought this week would be without some breaking Kardashian news, you better strap yourself in because the famous family has totally taken over the news cycle today. Kim Kardashian West revealed last night that she and Kanye are expecting their second child together. It might be wise to start preparing yourself now for the most fashionable sibling duo that’s ever been.

The reality star revealed the news during a teaser after the midseason finale of Keeping Up With the Kardashians. The clip shows Kim getting the good news during a doctor appointment. She then confides in Khloe saying, “I just got the blood test back and I am pregnant!” We can’t say we’re surprised Kim decided to break the news on KUWTK, but we must say we were hoping for a more original announcement. Something like an Instagram snap of a Chanel onesie would have seemed fitting for the lavish celebrity couple.

The positive news is sure to come as a relief to Kim, who has been very open about her fertility struggles while trying to get pregnant a second time. People reports that Kim is currently three months along, which would mean she’s likely due to give birth this winter.

Congrats, Kimye! We can’t wait for all the insanely trendy outfits that are sure to accompany the newborn’s arrival.

Cortney Clift
Cortney is the senior writer and special projects editor at Brit + Co. She typically covers topics related to women's issues, politics, and lifestyle. When she's not buried behind her computer you'll find her exploring New York City or planning her next big adventure.
Kardashians
Pregnancy
Kardashians
More From Pregnancy