This Kitchen Gadget Has a Cool Secret Power 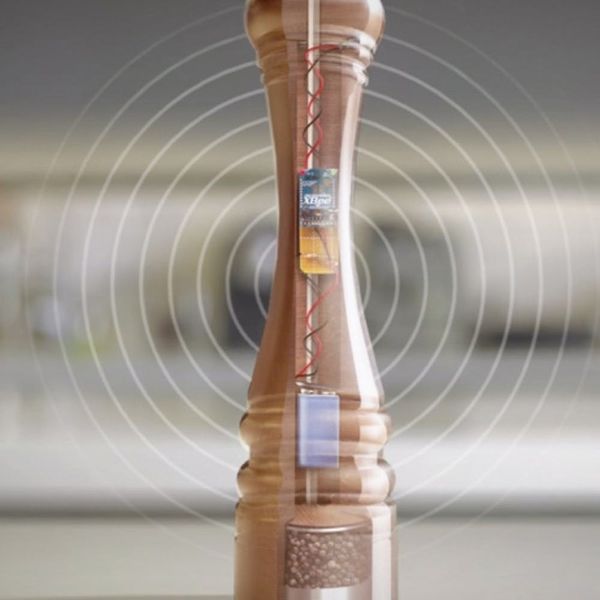 These days, you’re more likely to see people on their phones at the dinner table than engaged in deep conversation. We all know smartphone addiction is real, and perhaps part of the phone-during-dining habit was formed as an easier alternative to “my day at school was nice, now please stop asking.” But apparently, some people have gotten fed up… or else this gem of an invention would have never come to life.

Meet the pepper hacker — a fully functional pepper grinder that will crush the Wi-Fi out of the room. It also disables nearby TVs, smartphones and tablets, deleting all apps temporarily and leaving users completely disconnected. Sounds like a genius plan with the potential to be used for evil, but hey, if it’s taking back the dinner table and bringing back quality family time, we’re not opposed.

Pasta sauce manufacturer Dolmio is behind this nifty gadget. Note that the product isn’t available to the public just yet; they’re still testing it.

Still, we hope this will be released soon, because what other gadget can kill surrounding Wi-Fi while seasoning the spaghetti? Now that’s multi-tasking.

What do you think of this gadget? Let us know in the comments below.

Clarissa Wei
Clarissa Wei is a Los Angeles-based writer who knows a lot about Asian food and the hidden gems of her city. She lives in the San Gabriel Valley, and you can find her making dumplings from scratch or hiking the local mountains.
Apps
Tech
Apps Gadgets