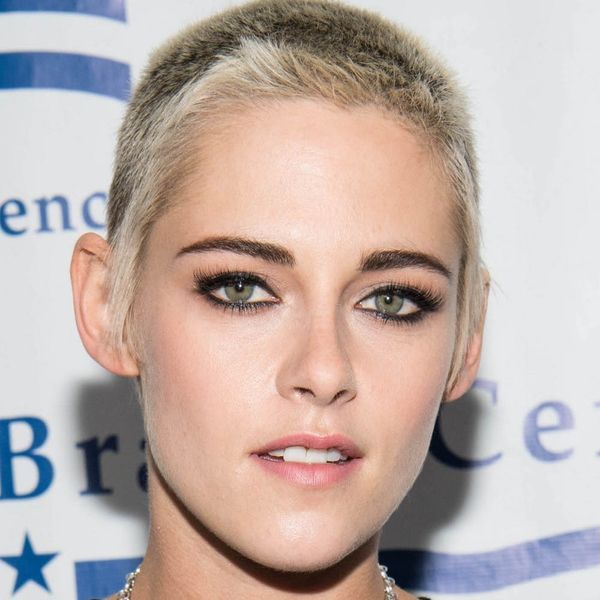 Before the days of balayage and ombré, stark highlights were everyone’s jam. In the ’90s, it was all about frosted tips (hey, *NSYNC-era Justin Timberlake). But just when we thought the days of bleached blonde ends were behind us, Kristen Stewart proves us wrong.

Stewart, who’s been rocking the hell out of a buzz cut for her role in the upcoming film Underwater, in which she’ll by and large be wearing a helmet, was recently photographed sporting a very nostalgic hair change. Could it be? Have we time-traveled back to the ’90s and/or early ’00s?

Where guys like JT went all out, bleaching their ends all over their heads, the Twilight star kept the “frosting” near the front of her head, bleaching out only the area framing her forehead. Is this the 2017 way to wear frosted tips? We don’t know. Is it coming back? IDK. Does it need to? Also, unsure.

Perhaps the former SNL host is simply having pangs of nostalgia for days of yore. Or maybe the trend is coming back with force. You know what they say: “Everything old is [eventually] new again!”

What do you think of Kristen’s updated look? Dish to us over @BritandCo.