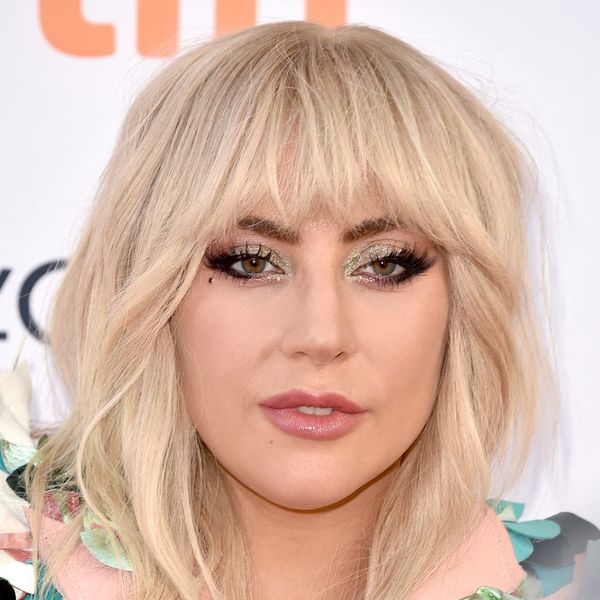 The 2017 American Music Awards served up some pretty *extra* style moments, including a platinum blonde transformation for Selena Gomez and one heck of a show-opening dress from host Tracee Ellis Ross. But Lady Gaga had a showstopping look of her own for fans with an angelic coif of curly hair unlike we’ve ever seen from the “The Cure” singer.

Sharing a behind-the-scenes shot of herself, Mother Monster paid her respects to Azzedine Alaïa, AKA “the King of Cling,” who passed away last week at the age of 82 with a black and white checkered dress in a classic Alaïa silhouette.

Behind the Scenes getting ready for #AMAs in #Alaïa and this year they brought the show to me! ❤️ From the #Joanneworldtour In DC! #ladygaga Styling @tomeerebout @sandraamador.xx

It was the “Million Reasons” crooner’s ‘do that had us doing a double take, however, with a set of blonde curls that gave us an instant flashback to perms of the ’80s.

The 31-year-old also gave her followers a close-up look at hairstylist Frederica Spiras‘ handiwork, showing how truly tight each curl was.

Later in the night, she switched things up with a second Alaïa stunner — a sleek LBD —but she kept her perfect ringlets intact, going on to wear them for her jaw-dropping performance.

While we don’t know if Lady Gaga intends to keep the curls around after tonight, we’re loving the look ATM.

What do you think of Lady Gaga’s curly hair? Let us know @BritandCo!

Desiree O
Desirée O is a ‘Professional Bohemian’ who loves anything and everything related to the arts, entertainment, and pop culture. She ADORES being a ‘Newsy’ for Brit + Co, covering all of the latest tidbits of awesomeness that you want to read about. When she’s not writing, she’s either making messy art, going on long adventurous walks with her camera, or poking around over at bohemianizm (http://www.bohemianizm.com/). You can find out about Desirée O and her work at http://DesireeO.com/ or follow her on Twitter @DesireeO.
Celebrity Hair
Hair
Celebrity Hair Curly Hair Ideas Red Carpet