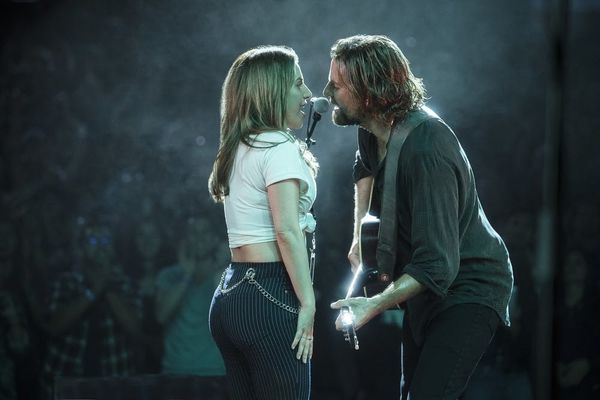 If you can’t get enough of the soundtrack from A Star Is Born, be sure to check out the new video for Lady Gaga’s “Look What I Found,” which not only gives us a stellar performance from the award-winning singer, but also includes clips from the film.

As the video begins, we see Lady Gaga as Ally, an up-and-coming singer who writes her own music. She’s sitting in a diner with country singer Jackson Maine (Bradley Cooper), an industry veteran who’s interested in the song that Ally is jotting down in her book. When he asks her how she hears the tune, she sings it for him and we’re swept into the upbeat track.

The video ends with Jackson telling Ally, “Yeah, I think we got something there.”

Gaga sings several songs in the movie, including “Always Remember Us This Way,” “Heal Me,” “Before I Cry,” and “La Vie En Rose.” She also took on duets with Cooper, such as “Music To My Eyes,” “I Don’t Know What Love Is,” “Diggin’ My Grave,” and “Shallow,” which received its own video a week before the movie’s release.

Gaga spoke about creating her character’s voice in a sit-down for Warner Bros., saying, “When I was writing music for the film, I had to think about Ally as if she wasn’t me… So I went with a sound for her even in the pop realm that’s unlike anything I’ve ever put out before.”

What do you think about the video for “Look What I Found”? Let us know @BritandCo.

Desiree O
Desirée O is a ‘Professional Bohemian’ who loves anything and everything related to the arts, entertainment, and pop culture. She ADORES being a ‘Newsy’ for Brit + Co, covering all of the latest tidbits of awesomeness that you want to read about. When she’s not writing, she’s either making messy art, going on long adventurous walks with her camera, or poking around over at bohemianizm (http://www.bohemianizm.com/). You can find out about Desirée O and her work at http://DesireeO.com/ or follow her on Twitter @DesireeO.
Movies
Music
Movies Music