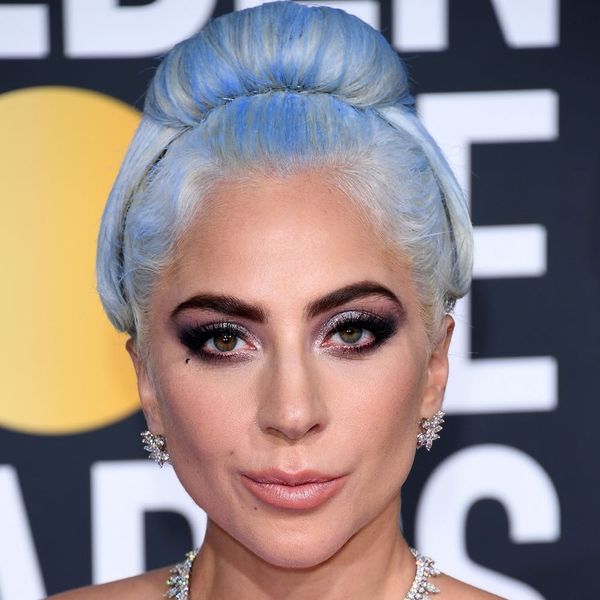 Lady Gaga held back tears as she accepted the award for Best Original Song in a Motion Picture during the 2019 Golden Globes telecast on Sunday night. But after thanking her costar/director, Bradley Cooper, and her collaborators on the song, Mark Ronson, Anthony Rossomando, and Andrew Wyatt, the pop megastar got real about what it’s like to be a woman in her profession.

“I just have to say, as a woman in music, it is really hard to be taken seriously as a musician and a songwriter,” Gaga said. “These three incredible men … they lifted me up and supported me.”

The singer’s simple statement about the respect that she — notably, one of the biggest music stars on earth — continues to be denied in the music industry suggests how far we have to go, across the board, in supporting women’s artistic talent.

Last year, the president of the Recording Academy (the group that produces the Grammy Awards), Neil Portnow, told Variety that the reason the Grammys haven’t recognized women as readily as men is because there aren’t enough women stepping up in the business. “It has to begin with… women who have the creativity in their hearts and souls, who want to be musicians, who want to be engineers, producers, and want to be part of the industry on the executive level… [They need] to step up because I think they would be welcome,” he said.

But what Portnow’s comments failed to address are the scores of women already working in the recording industry who are still being denied the recognition granted their male peers. The 2018 Grammys gave just 11 awards to women in 84 categories, and as Janelle Monae pointed out during last year’s telecast, fewer than 10 percent of nominees between 2013 and 2018 were women at all.

But it’s not just nominations and wins. Women often outperform men on the charts without being given the same accolades. Looking at the top-selling artists of all time, although there are many woman artists who have outperformed men in terms of sales, it’s the men on the list whose artistry seems to be culturally accepted as canon. Case in point: Mariah Carey has outsold legendary men like Billy Joel and Bruce Springsteen, while Rihanna took a decade and change to match Pink Floyd’s sales over a near half-century.

And the playing field in music isn’t even remotely even in terms of separating artists by gender. Professor Stacy L. Smith from the University of Southern California studied gender parity in music and found that of the top 600 songs between 2012 and 2017, only 22.4 percent of artists to chart were women. Behind the scenes, it was worse: Of nearly 3,000 credited songwriters in the same time period, only 12.3 percent were women.

“When it comes to women’s ability to contribute and to lead, they’re being shut out of the process,” Dr. Smith told The New York Times in 2018. That shut-out has to do, in part, with the lack of women executives, women decision-makers, and women behind the mixing boards.

Studies show that having more women in positions of power in any industry makes it easier for women to get their foot in the door when starting a career, getting promoted, or gaining executive status themselves. In music’s male-dominated world, this means that women are not only not getting promoted behind the scenes, but they may not be getting the same exposure and promotion as men.

But things are getting better in music. 2018’s list of the most powerful women in the industry included a diverse group of women. And in 2018, artists like Cardi B, Camila Cabello, Dua Lipa, and Ariana Grande all landed places in the top 20 artists of the year.

It’s also worth pointing out that this year’s Grammy Awards (perhaps in direct response to last year’s #GrammysSoMale backlash) will be far more gender-diverse than years past. The list of nominees appears to reflect a shift in focus to lesser-known artists who are, perhaps unsurprisingly, mostly women.

“I’m really excited and grateful and taken back by the response,” nominee Dua Lipa told Billboard after the nominations were announced in December. “It’s hard for me to put it into words.”

She continued: “I feel like the industry has been dominated by men for such a long time. To wake up and be nominated in the best new artist category, where every artist except for two [Luke Combs and Greta Van Fleet] is a woman, that’s a good feeling. I’m so proud of all the girls, because I do feel like we need to work a bit harder, and that’s not taking the merits away from any male artist — I know how demanding this job can be. I just feel really grateful to be nominated alongside so many talented women I admire, and some I even call my friends.”

Kat Armstrong
Kat has been a writer, social media maven and mom for longer than she's willing to admit. She's also spent time in front of and behind the camera, interviewing celebs, politicians and acting as a producer for fashion and artistic photography shoots. When she isn't writing for various orgs and publications, she's hanging with her kids, husband and French Bulldog, Peter, in Toronto, Canada.
Career
Empowerment
Career Celebrity Golden Globes