See the Laguna Beach Cast Together for Their 10 Year Reunion 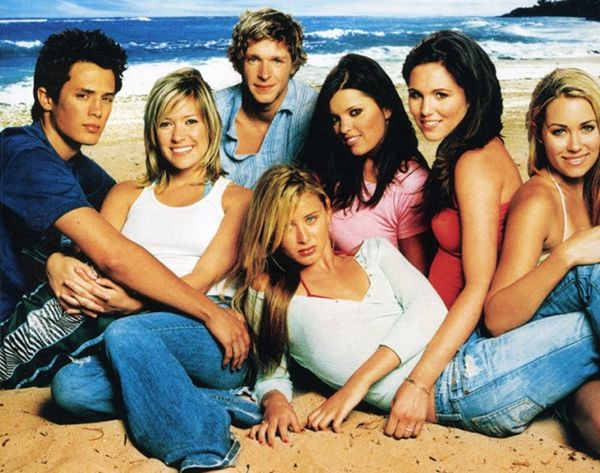 Let the rain (or snow) come down because we’re finally coming clean from a long Thanksgiving weekend. While we were busy complaining about overindulging (seriously, that second slice of pumpkin cheesecake was not necessary) and kicking off our holiday shopping, the Laguna Beach gang was reuniting for their 10 year high school reunion. That’s right; it’s been 10 YEARS since Lauren Conrad and the LB crew graduated from high school. Seems like just yesterday they were gathered around the beach bonfire — now LC has a lifestyle empire (and a ring on it).

BFF to our fave blondie, Lo Bosworth, posted this #LBHS10YearReunion shot to her Instagram and immediately sent the Internet (k, just us?) into a frenzy. From the looks of it, the girls were pulling a #TBT to their big high school party and dressed like it was a black and white affair. Girls, we know we didn’t TECHNICALLY go to Laguna Beach High School, but where was our invite?

Sadly missing from the reunion were all the guys, namely Stephen. At least they indulged us and reunited on their own for a friend’s wedding earlier this year. Maybe Trey, Dieter and Stephen (still so dreamy) had a drama-free weekend in Cabo (you know, without the legendary Stephen-Kristin tiki bar meltdown).

Speaking of Lauren’s high school rival, Kristin made it clear she wasn’t at the reunion because she was a year younger than everyone else (duh, girl). So here’s hoping next year’s LBHS reunion involves some Kristin + our fave bad boy, Talan, action. Totally platonic action, of course.

All of this Laguna talk has us in a turkey tryptophan dream coma that MTV’s cameras captured all the magic for our viewing pleasure. Even if they didn’t (missed opportunity) we’re heading to MTV stat for a binge marathon. This week’s productivity is officially dunzo!

What was your favorite Laguna Beach moment? Let us know in the comments below.