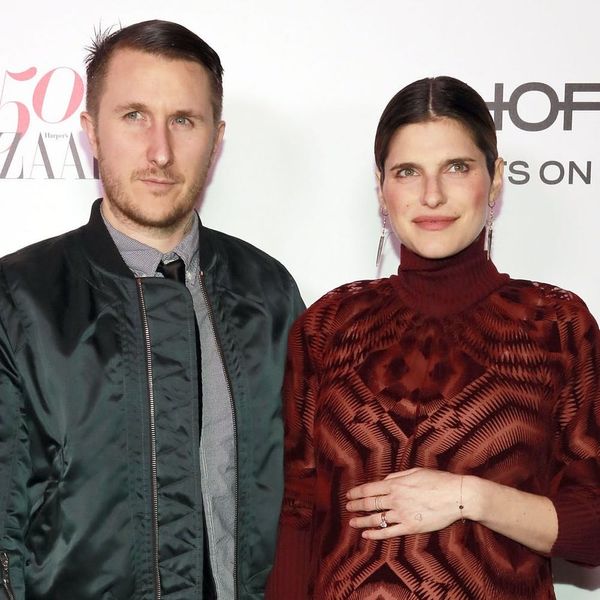 Imagine you’ve been married to a celebrity tattoo artist for six years. Chances are you’d have a bit of ink going on, no? Not for actress Lake Bell, who has been totally tattoo-less throughout her six-year marriage to coveted inker, Scott Campbell… until now, that is!

The 38-year-old finally allowed her hubby — whose clientele includes Jennifer Aniston and Justin Theroux, for the record — to make his mark.

As per the accompanying photo, the mom of two opted for intricate, geometrical designs on each shoulder, and, if we may say so, guy killed it!

After six years on the waiting list... finally sat down with my favorite client ever... @lakebell ✨❤️✨

Funnily enough, Bell has actually done the opposite and wielded the inking needle on her husband on multiple occasions!

In September, the Wet Hot American Summer: Ten Years Later actress told Rachael Ray that she and her hubby, who welcomed their second child together earlier this summer, have “this way of praying, in a way which is to send positive energy or juju out there, when we really, really want something — and we only use it when it’s really important — he’s like, ‘Tattoo it on me.'”

That lax ‘tude led to Campbell getting the word “Sundance” on his leg… misspelled. Whoopsie!

One thing’s for sure: This couple’s artistic practices are taking trust and commitment to the next level!