Meet Some of the Most Inspiring Inspiring Latina Women in Tech 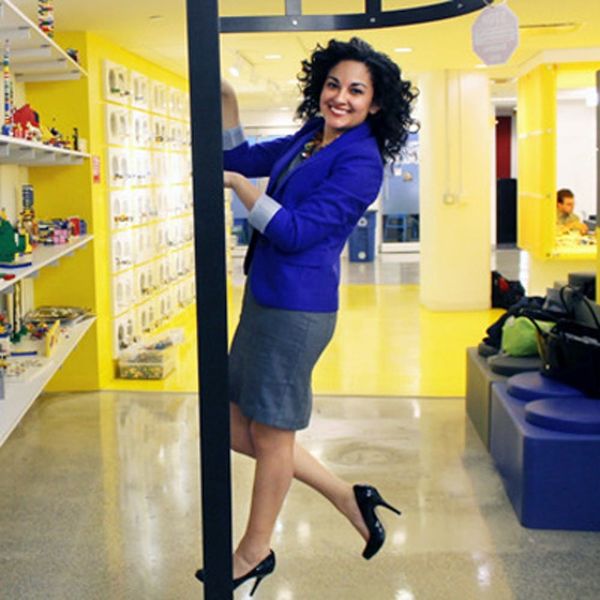 The tech industry has often been likened to an “old boys’ club,” or even more accurately, a young boys’ club. Of course, there are women making waves, but there’s still much work to be done. Women may make up half of the American workforce, but the Census Bureau’s American Community Survey discovered that women only hold about a fourth of science, technology, engineering and mathematics, (STEM) jobs. For African-American and Latina women in particular, those numbers are even lower, with only three percent of Latina women represented in the STEM industry. Thankfully, there are Latina #girlbosses out there serving as shining examples of what’s possible when you wholeheartedly pursue your dreams.

1. Tanya Menendez: Tanya Menendez is the co-founder and COO of Maker’s Row, which truly brings the idea of “Made in America” to life. It’s an online marketplace that connects entrepreneurs with American manufacturers. Prior to Maker’s Row, Menendez worked at Google in their Strategy and Integration group, before meeting business partner Matthew Burnett at the Brooklyn Bakery, where she managed sales and operations. (Photo via Latinos in Tech)

2. Diana Lopez-Obaldo: Diana Lopez-Obaldo is the Director of External Affairs and International Relations at 1871, a collaborative space for startups in Chicago. Diana’s job consists of serving as the front-line liaison between 1871 and community leaders, public officials, non-profit organizations and major corporations. Before becoming a major power player at 1871, Diana worked as a Multicultural Group Account Manager at Marketing Werks and an Account Executive at Relay Worldwide. (Photo via 1871)

3. Cindy Alvarez: Cindy Alvarez is the Director of UX and Product Design at Yammer, a Microsoft company. Alvarez is an expert in maintaining a lean start-up culture inside much larger companies. In fact, she wrote the book on it. Lean Customer Development aims to help readers develop products that people will actually buy and use. (Photo via Cindy Alvarez)

5. Katia Beaucamp: Katia Beauchamp is a founder and co-CEO of Birchbox, one of our favorite subscription services. The company, which opened the doors of its first brick and mortar store last year in New York, currently sends beauty boxes to more than 800,000 subscribers each month. Now how’s that for being a #girlboss? (Photo via Latino Built)

7. Jennifer Argüello: For nearly two decades, Jennifer Argüello has focused on the advancement of women and minorities in STEM. Outside of her work as Senior Tech Advisor at the Kapor Center, where she devises strategies to diversify Silicon Valley, Argüello also teaches computer science at Stanford to underserved high school students for Level Playing Field Institute. She sits on various advisory boards for organizations diversifying tech, including Yes We Code, CODE2040 and Globaloria. (Photo via @engijen)

8. Laura I. Gomez: Gomez has a truly impressive resumé. She has worked at YouTube, Twitter and Jawbone, just to name a few. She’s now taking what she learned at those companies to start her own. Her company, Atipica, offers companies solutions to tackling diversity issues in tech. (Photo via Christopher Wiggins/USA Today)

9. Lisa Morales-Hellebo: Lisa Morales-Hellebo has worked at start-ups and Fortune 500 companies such as Coca-Cola, Procter + Gamble and Hasbro. The Carnegie Mellon University and TechStars alumna is a lover of fashion, and used her passion to co-found the New York Fashion Tech Lab and build Shopsy, a platform that allows women to shop online the way they shop offline. She currently serves on the Board of Advisors for SnobSwap, Voysee, and Viawear. (Photo via Lisa Morales-Hellebo)

10. Luz Rivas: Luz Rivas is the founder and executive director of DIY Girls, an organization aimed at increasing girls’ interest and success in technology and engineering, along with providing innovative educational experiences and mentor relationships for nearly 400 girls. It won’t be long until DIY Girls and similar organizations inspire an increase in the number of women in STEM careers.

11. Karen Comas: Karen Comas works in strategic partnerships for Facebook’s U.S. Hispanic and Latin American markets. Before Facebook, Comas was the Social Media Manager of Telemundo, where she helped the station reach Latinos at every touchpoint. (Photo via Business Insider)

Which women in tech inspire you the most? Let us know in the comments!