5 Must-Read Tips for Becoming a #Girlboss in Tech 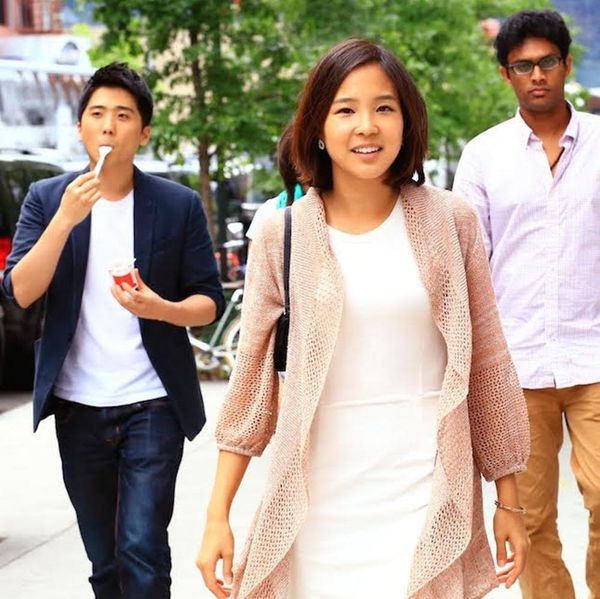 Do you have a new business idea stewing away, but too many reasons not to launch it? Maybe you’ve got an app idea but no idea how to program. Or you want to wait until everything is perfect before you set off on your own. Or you might even worry about being dismissed because you’re “just a girl.” Well, start planning your #Girlboss wardrobe and DIY those business cards, because we got the lowdown on what it takes to be a CEO. We had a chat with Yunha Kim, CEO of the popular tech company Locket, to find out why you should just go for it. Here are her five tips for becoming a #Girlboss.

After graduating from Duke University, Yunha got a job as an investment banker in New York City, but she was quickly jaded by it. She says, “I thought, if I’m going to work this hard anyways, I might as well do it for something I like.” So she decided to pursue her app idea. Sometimes, the money and prestige of a high-power job isn’t as good as the thrill of chasing your dream. After all, if you’re going to be working for the rest of your life, might as well spend that time doing something that really matters to you, right?

There are tons of reasons not to do something, but if you care about it enough, you have to go after it. “The more you wait, the more excuses you’ll come up with,” Yunha says. “The startup costs will get bigger the longer you wait. As you get promoted or start a family, it’ll get harder to start something new.” Even if everything isn’t perfect, it’s better to try your idea out than to never get around to it at all. Just starting could give you the momentum you need to get something big going.

3. Find People to Help You

Yunha had a great app idea, but she wasn’t an engineer or computer programmer. Heck, she studied economics and Chinese in college. But, she had plenty of connections through Duke, so she used her resources to find a developer. “I looked at all my connections [on LinkedIn] who studied computer science at Duke and posted a bunch of things everywhere,” Yunha tells us. “I emailed almost 100 engineers before I found my cofounder.”

4. A Big Idea Can Come from Anywhere

The next big thing could come from something as simple as the mundane things you do all the time. “We’re checking our phone hundreds of times on average everyday, glancing at our lock screens so many times.” Yunha says, “I just had a cool idea, and I wanted to do it now.” Her idea was Locket, an app that sends the content you care about right to your phone’s lock screen, which you could choose to read at that moment or save for later. “It’s for people who want to be in the know” Yunha says.

This idea developed into a new serice called ScreenPop, a messaging app that sends your photo right to your friends’ lock screen, so they have no choice but to see it when they check their phone. Yunha says, “It’s good for pranking your friends.” As fast as technology evolves, ideas can evolve even faster. You never know what you might stumble upon.

5. You’re More Than Your Gender

Yunha has no problem being a woman in a male-dominated industry. In fact, she sees it as an advantage. “I think it’s more of a psychological barrier than a real barrier,” she says. “It’s more about what you do and your attitude.” Whether you’re a CEO or an assistant, the respect you earn has everything to do with how you present yourself rather than whether you’re a man or a woman. “As a woman in tech,” Yunha adds, “you can feel lonely because you’re the minority, but sometimes it’s great because you are a minority. Some VCs only invest in female founders.” And because female founders can be so hard to come by, Yunha has had more opportunities to speak at events and contribute to media outlets, getting her name and her business more exposure. “The [women in tech] community is so small, so we help each other out,” Yunha adds.

Finally, Yunha tells us that she isn’t always this confident. “You can feel marginalized at any point in your life, but it might just be in your head. Sometimes I’m aggressive, and sometimes I’m soft. Sometimes I worry if i’m being too bitchy or too feminine. Should I be more masculine?” she says. “But those are all in my head.”

What obstacles are you are trying to overcome on your path to success? Let us know in the comments!

Amanda DiGiondomenico
Amanda is a freelance writer and graphic designer who blogs about living a stylishly nerdy life at The Spendicate. A lifelong resident of Baltimore, MD, Amanda is an art school dropout, who managed to earn a masters degree in nonfiction writing. On the weekends, she's an expert guacamole maker, a novice jogger and an intermediate yogini.
Girlboss
Tech
Girlboss