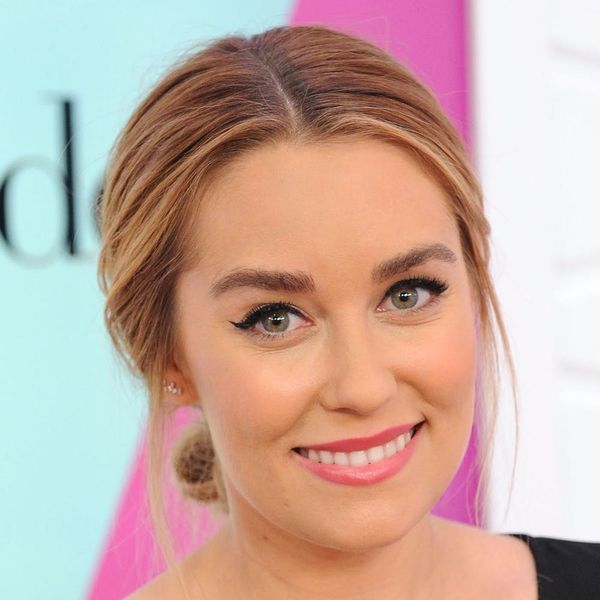 Lauren Conrad may be a busy new mom, having given birth to little Liam James Tell just over six weeks ago (and minutes after her Fourth of July bash ended!), but she’s still making plenty of time for her friends. In fact, just this weekend, the reality star celebrated the union of her pals Cassie Herschenfeld and Ben Katz by standing up in their wedding. What’s more, the dress she wore, along with Herschenfeld’s 12 (!) other bridesmaids, was designed by Paper Crown — LC’s own co-founded brand.

Event planner Mindy Weiss gave us a glimpse at the gorgeous frocks worn for the occasion, saying, “A beautiful wedding party wearing @papercrown all the different styles were perfect for each girl.”

The dresses featured differing necklines for each of the maids (whose ranks also included Conrad’s fellow former Laguna Beach castmates Lo Bosworth and Christina Sinclair), with the designer choosing a flattering deep V for herself.

It’s certainly not her first rodeo when it comes to serving up serious ‘maid style: The 31-year-old was also on hand back in 2014 to help her pal Maura McManus celebrate her California nuptials.

Prior to the event, the girls’ relaxed in matching colorful robes, which Sinclair posted along with a series of shots captioned, “Doesn’t get any better than this couple and this wedding. So much love in one place. #twokatzarebetterthanone.”

What do you think of LC’s maid style? Tell us over @BritandCo.

Nicole Briese
Nicole is the weekend editor for Brit + Co who loves bringing you all the latest buzz. When she's not busy typing away into the wee hours, you can usually find her canoodling with her fur babies, rooting around in a bookstore, or rocking out at a concert of some sort (Guns N' Roses forever!). Check out all her latest musings and past work at nicolebjean.com.
Celebrity Style
Celeb Style
Celebrity Style Lauren Conrad Wedding Style
More From Celeb Style