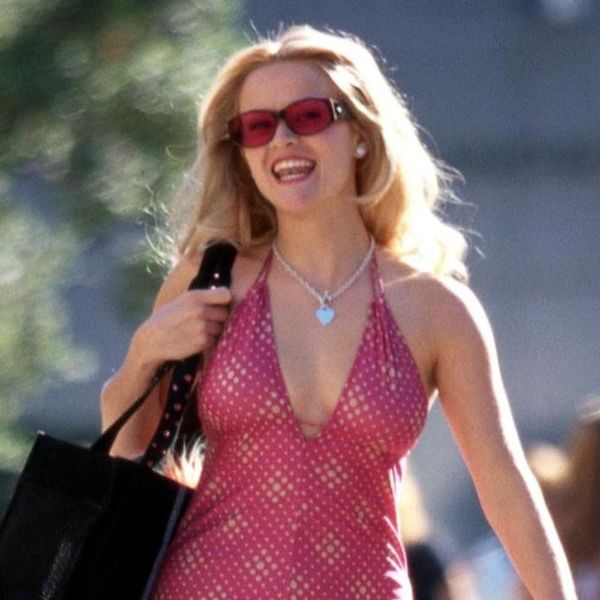 It’s been more than 15 years since Legally Blonde hit theaters, but we’re still learning fascinating tidbits about the movie — including why two of the stars ended up having to wear wigs. Thanks to Entertainment Weekly, we also now know the story behind one of the film’s most memorable moments: the bend-and-snap.

As you no doubt remember, Elle Woods (Reese Witherspoon) teaches the bend-and-snap to her nail artist and friend, Paulette (Jennifer Coolidge), so she can attract the attention of a cute UPS delivery man. Several other salon customers and stylists join in, creating something of a mini dance party.

According to EW, however, that scene was almost something very different. “[Producer] Marc [Platt] wanted a B plot for Paulette,” Legally Blonde co-writer Karen McCullah told the magazine. “At first we were like, ‘Should the store be robbed?'”

Co-writer Kirsten “Kiwi” Smith added, “I think we spent a week or two trying to figure out what the B plot and this big set piece should be. There were crime plots. We were pitching scene after scene and it all felt very tonally weird.”

But then they had a breakthrough. While sitting at a bar in LA, McCullah asked, “What if Elle shows [Paulette] a move so she can get the UPS guy?” Smith was so into the idea that she immediately jumped up to act out what such a move would look like. “It was a spontaneous invention,” she told Entertainment Weekly. “It was a completely drunken moment in a bar.”

Who knew that “spontaneous invention” would become such an iconic moment?

What’s your favorite scene in Legally Blonde? Tell us @BritandCo!