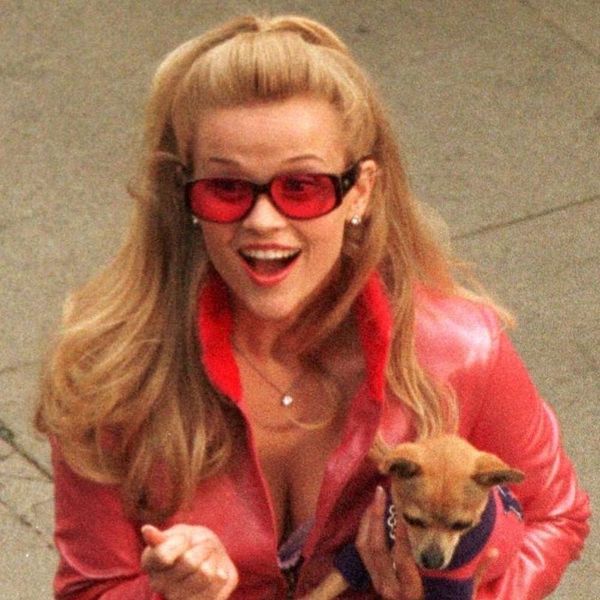 Legally Blonde did what few rom-coms did back in 2001: Rather than seeing her get the guy she set out to prove herself to, it ended with its heroine, Elle Woods, proving to herself — and the world — that she didn’t need ex-boyfriend Warner Huntington III by winning her court case and graduating at the top of her class. As it turns out, however, that wasn’t the way it was meant to play out.

The film’s co-writer, Karen McCullah revealed to Entertainment Weekly that rather than receiving her degree, Elle initially received a big kiss from her boyfriend Emmett instead. “Originally, it ended at the courthouse right after the trail,” she said. “Everyone was congratulating Elle, and Emmett came up and gave her a big kiss.”

She then went on to create the “Blonde Legal Defense Fund” with her new pal, Vivian Kensington (almost played by Chloe Sevigny), who had dyed her hair blonde to fit the part. “They were in the quad handing out pamphlets.”

Luckily, test audiences didn’t go for it, lamenting the fact that Elle’s only reward for all her hard work would be a smooch from her suitor. “The test-screening audience didn’t feel it was an exciting enough ending for her, success wise. The kiss made it seem like it was a rom-com. They knew that this was not a movie about a girl getting a guy.”

Consequently, the ending was rewritten in order to better address their grievances — but not without challenges. By the time the movie was rewritten, its star, Reese Witherspoon had already moved on to her next project, The Importance of Being Earnest, for which she’d cut her hair.

“She’d cut off her hair because it had gotten damaged from all the hot rollers, so they put her in a wig.” Look closely at the scene where she tells off Warner, and you might notice a slight change in the star’s hair hue as well as the sudden addition of freckles.

She wasn’t the only one, either. Luke Wilson was also working on another film, for which he’d made a major change to his appearance. “Luke had on a wig because he’d shaved his head for The Royal Tenenbaums.”

What do you think of the alternate ending? Sound off over @BritandCo.

Nicole Briese
Nicole is the weekend editor for Brit + Co who loves bringing you all the latest buzz. When she's not busy typing away into the wee hours, you can usually find her canoodling with her fur babies, rooting around in a bookstore, or rocking out at a concert of some sort (Guns N' Roses forever!). Check out all her latest musings and past work at nicolebjean.com.
Celebrities
Hair
Celebrities Celebrity Hair Hair Hair Color Movies
More From Hair