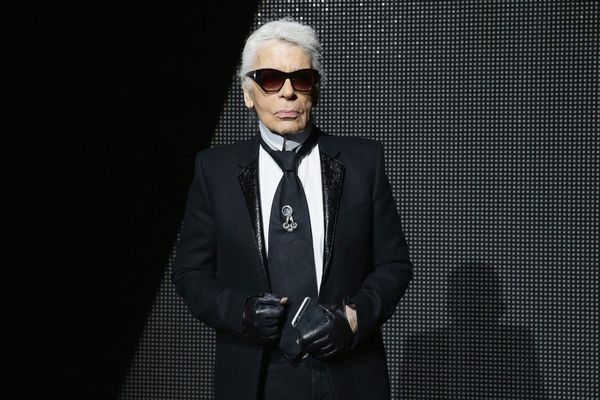 “The House of KARL LAGERFELD shares, with deep emotion and sadness, the passing of its creative director, Karl Lagerfeld, on February 19, 2019, in Paris, France,” a message on his official Instagram account read. “He was one of the most influential and celebrated designers of the 21st century and an iconic, universal symbol of style. Driven by a phenomenal sense of creativity, Karl was passionate, powerful and intensely curious. He leaves behind an extraordinary legacy as one of the greatest designers of our time, and there are no words to express how much he will be missed.”

News of his death comes a little less than a month after he missed taking a bow at his Paris Haute Couture Fashion Week show for Chanel. At the time, the French fashion house said he was “feeling tired.”

As the artistic director for both Chanel and Fendi, as well as the founder of his own eponymous label, Lagerfeld dressed the likes of Julianne Moore, Blake Lively, Rihanna, Princess Caroline of Monaco, and Keira Knightley. His designs have dominated runways and editorial spreads for more than five decades, since he joined Fendi in the 1960s.

But it wasn’t just his sense of fashion that made him a household name. Lagerfeld himself was a larger-than-life personality and instantly recognizable wherever he went, what with his trademark white ponytail, dark glasses, and impeccably starched collars. He was also famously outspoken in interviews and often found himself in hot water for his comments about celebrities and women’s bodies.

His influence on luxury fashion is undeniable, though. Tributes began pouring in shortly after French media reported his death early Tuesday morning. Diane Kruger, a longtime ambassador for Chanel who frequently wore Lagerfeld’s designs on the red carpet, was among the first to pay tribute, posting a black-and-white portrait of the late fashion icon to Instagram, along with a note about their friendship.

“Karl…..I cannot tell you how much you meant to me and how much I will miss you,” she captioned the photo. “I will never forget your kindness towards me, your laughs, your imagination. I came to France to see you this week and introduce you to my daughter…I’m heartbroken I was too late. Rest in peace, I adore you.”